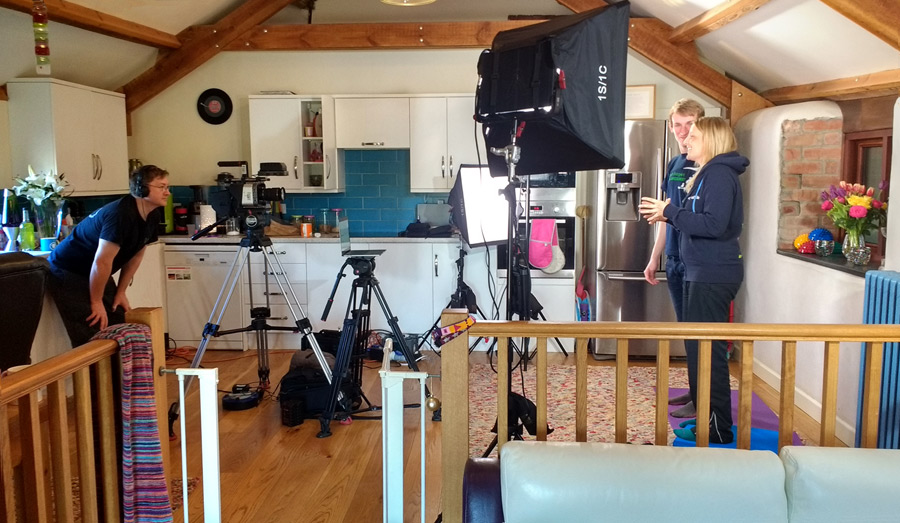 We have been back in Okehampton, for more filming with with the team from AbsoluteDogs. This time we were filming for an upcoming DVD release, that will explore ways to improve the fitness of dogs

Mainly aimed at dogs who perform agility, or take part in other high activity events, the DVD will help owners to work with their dogs to strengthen core muscle groups and thus reduce the chance of injury.

We have previously we have worked with AbsoluteDogs to author and replicate an existing behavioural training DVD for release, and more recently we have been helping them to film a series of promo films for the web.

The shoot was mainly based indoors, where we filmed the majority of the presenter led sections using out teleprompter. However we did venture outside to film sections that required more space, and to also film plenty of cutaway shots that will be used throughout the final piece. For these we used the Sony a7s ii on the Ronin Gimbal alongside the URSA camera (great for high speed filming).

We will edit the various section together to create the final film, before encoding it for DVD and onwards to production and sale.