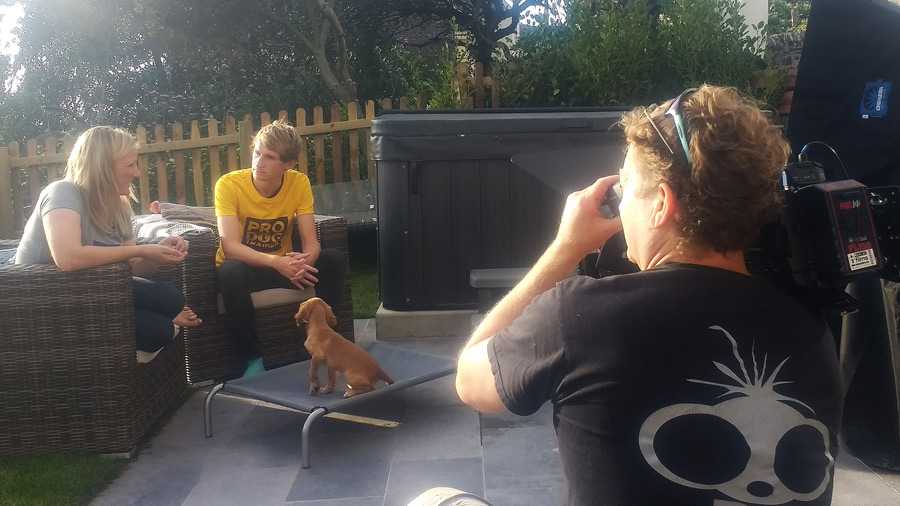 We have been filming in a brand new and rather luxurious location with the team from Absolute Dogs. They hired a beach side house in nearby Woolacombe with stunning views over the bay to use as a filming location for their upcoming Pro Dog Trainer online course.

We shot the entire training course (which will consist of 57 individual videos) over three days in various location in and around the house. We also obtained permission to film some shots, including the introduction to the promo advert, on Woolacombe beach. As mentioned before, on top of the 57 part course we also filmed three promotional adverts which will be edited first to promote the course online.

On the first day we filmed using three cameras. this was for the promotional videos and we used the Blackmagic URSA mini pro as a wide camera, with two Sony a7s ii used as a close-up cameras (one on each presenter).
A third Sony a7s ii was mounted onto the Ronin-M gimbal to use when filming on the beach for the promos and other quick cutaways in the house.
Also on day 1 we used our teleprompter system which was loaded wit scripts for the promo films.

Now that the filming is complete we will be editing the 57 films and 3 promo films in time for the course launch date. The films will be uploaded to the Absolute Dogs vimeo account from where they will be embedded into a members only website for course members to view. 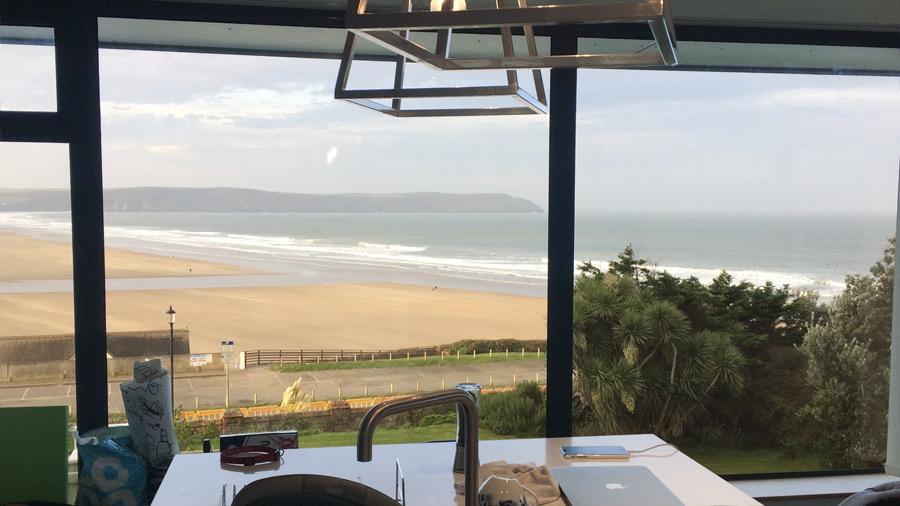 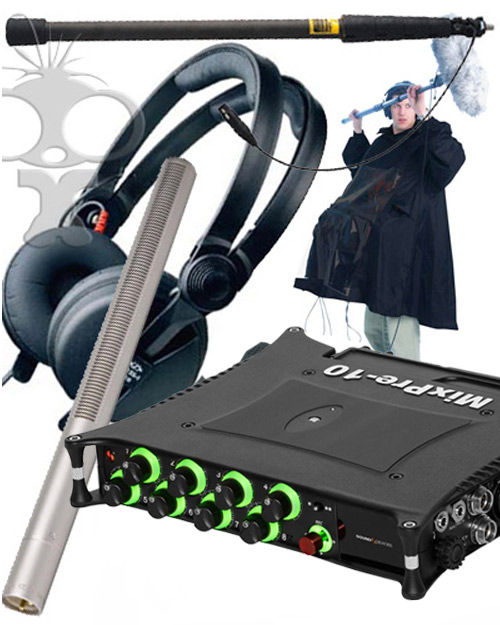