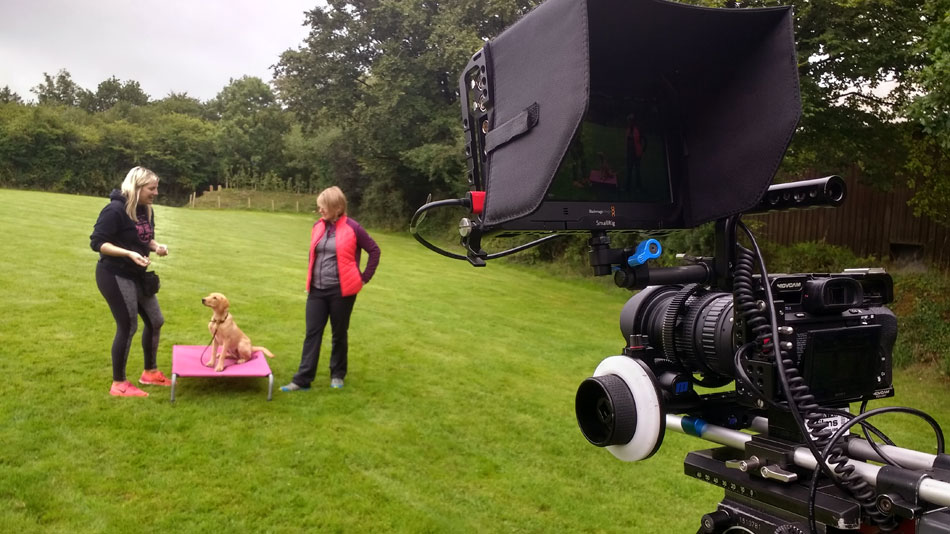 Stu has been back in Okehampton and filming for 3 days with AbsoluteDogs. He was there to film content for one of their existing online courses, which is in need of a refresh. So over the three days they re-filmed the entire course and a few new videos as well.

Stu was joined on location by Shefano, a placement student from Bournemouth University where he is studying film production. During the shoot he took care of the audio recording duties, and also became an actor for a few scenes in which he was jumped on by 'naughty' dogs who jsut wanted to play.

The footage was captured using 2 Sony a7s II cameras and a 3rd a7s II was used on our ronin-M gimbal for dynamic b-roll footage. Audio was recorded using a number of Sennheiser radio mics and the Edirol R-44 recorder.

The footage from the three days will be edited into 45 videos and uploaded to the clients website in time for the course relaunch in the new year.