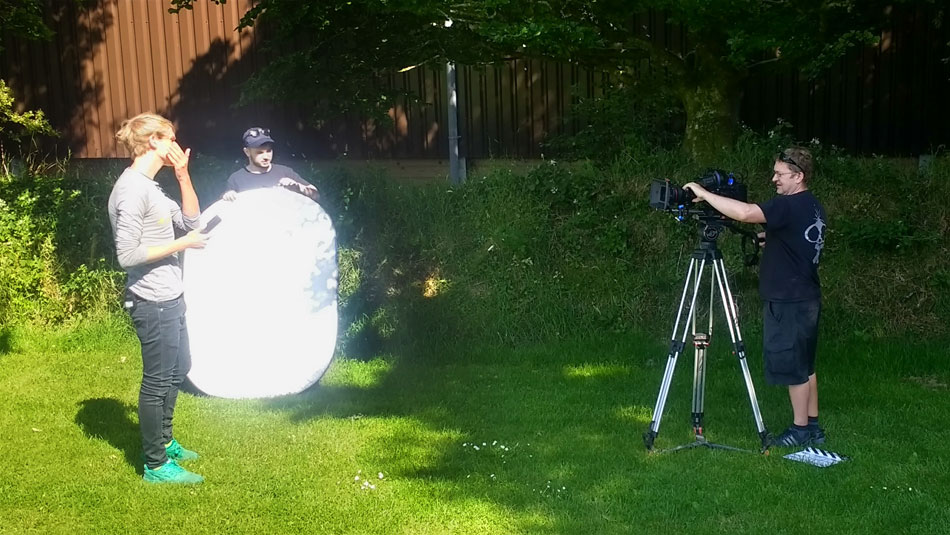 The Maniac Team have just returned from another shoot with the team from AbsoluteDogs near Okehampton.
Along with some basic web content and promo ads, we also filmed the content for an upcoming DVD release to be released later this year.

The DVD will be titled 'Boundary Games', which is centred around a simple but very useful (and often essential) concept in dog training - the boundary.
This is all about teaching a dog that it's a great idea to stay on a bed or designated area, and wait there until called - essential in dog competition and even in everyday life.

We have previously we have worked with AbsoluteDogs to author and replicate DVD releases, and we have helped them to produce a large amount of web content for their subscribers.

The shoot was mainly based outdoors around the training centre, The majority of the teaching was ad-lib, however some of the promotional films were filmed using our teleprompter system.
We also filmed plenty of cutaway shots that will be used throughout the final piece. For these we used the Sony a7s ii on the Ronin Gimbal alongside the URSA camera (great for high speed filming).

We will edit the various sections together to create the final film, before encoding it for DVD and onwards to production and sale later this year