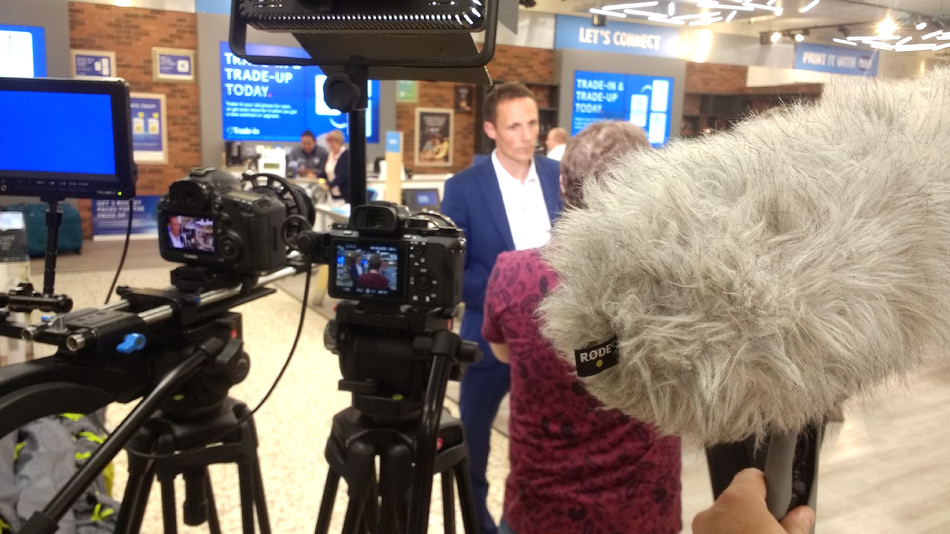 Back in the office after a 4 day shoot in London & Brighton, Stu has been recording sound on location for a series of e-learning videos for a major supermarket chain with GSL Media.

The shoot took place in 4 of the supermarket chains stores, ranging from small 'local' convenience stores up their largest flagship supermarket stores. The crew began in central London at a local store, moved just outside of London to 2 medium sized stores and finally travelled to Brighton to film in a large store.

The aim was to film a range of training videos, some being interviews with store managers/area managers, some being tuitional and others being more drama based with a voice over. The videos will be sent to area managers to help them to use a new customer feedback system, allowing them a better chance to work on any problem areas with store managers during their store visits.

Ben from GSL asked that Stu join him for the shoot, they've now worked together on a lot of e-learning shoots and work well together to fulfil the needs of the clients.

Stu was part of a 4 person crew, working alongside a producer, director & of course, Ben the camera operator.

At the end of the shoot, all of the sound files were transferred over to Ben's hard drive along with the footage. This will be edited back at the GSL offices before being delivered to the end client.

For more information about crew hire for camera, sound, lighting or any other area of film / video production, please get in touch with our helpful team. We are always happy to discuss your needs and do our best to accommodate you - Crew & equipment hire from Maniac Films