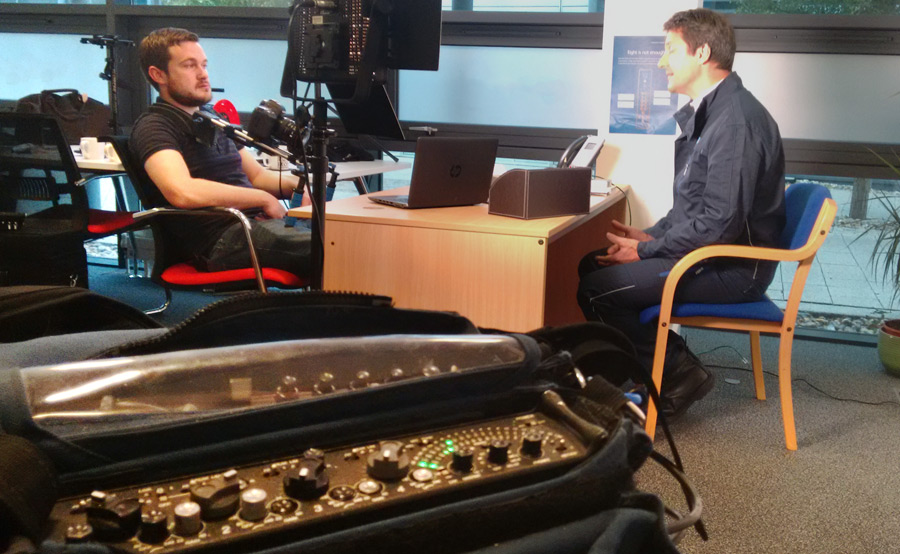 Stu has just returned from a day in Plymouth where he was working as a sound recordist for a corporate video with GSL Media.

The shoot was for major manufacturing firm and the crew were there to film a series of mock meetings, shot from the perspective of a manager, which will be used for staff training.

The shoot involved a number of different set-ups in different locations. The crew had a challenge to overcome in one office that had been booked for us, as it was home to a rather noisy computer server. However a quick chat with the client and we were able to change location and still wrap on time. Fantastic.

Stu was part of a 5 person crew, working alongside two producers, a camera operator and director.