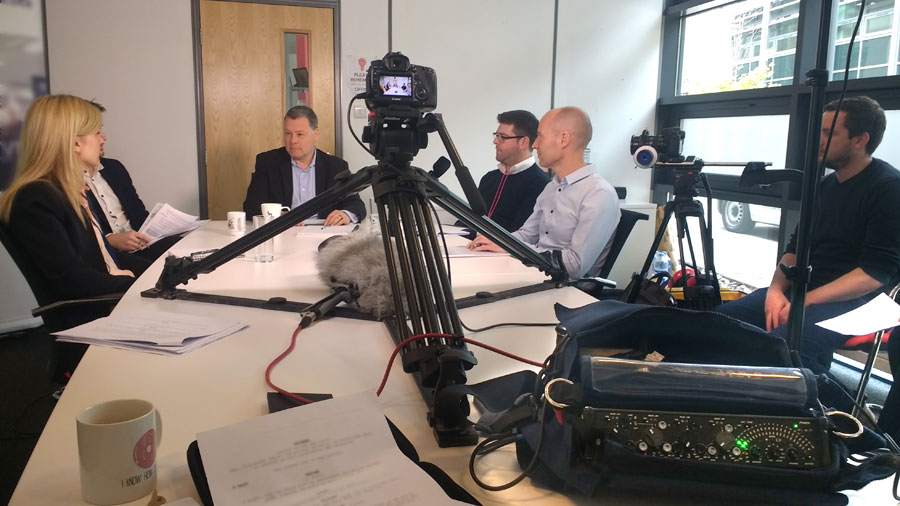 We sent Stu and his location audio kit down to Plymouth for a one day shoot with Ben from GSL Media.
Ben was shooting a short drama for a major pharmaceutical firm which will be used as part of the companys internal e-learning system.

The shoot was based in an office building and used two locations, an office and a meeting room. Two professional actors had been called in to handle the bulk of the dialogue, with a couple of local extras added to fill out the scene.

Stu's biggest challenge was finding a way to record 4 radio mics and a back-up boom mic at the same time on to a 4 track recorder. Thanksfully this was only required for one scene and he found a way to achieve this without any issues on the day.

Stu was part of a 4 person crew, working alongside a producer, a camera operator and director. They were also joined on set by 2 representatives from the Pharmaceutical company.