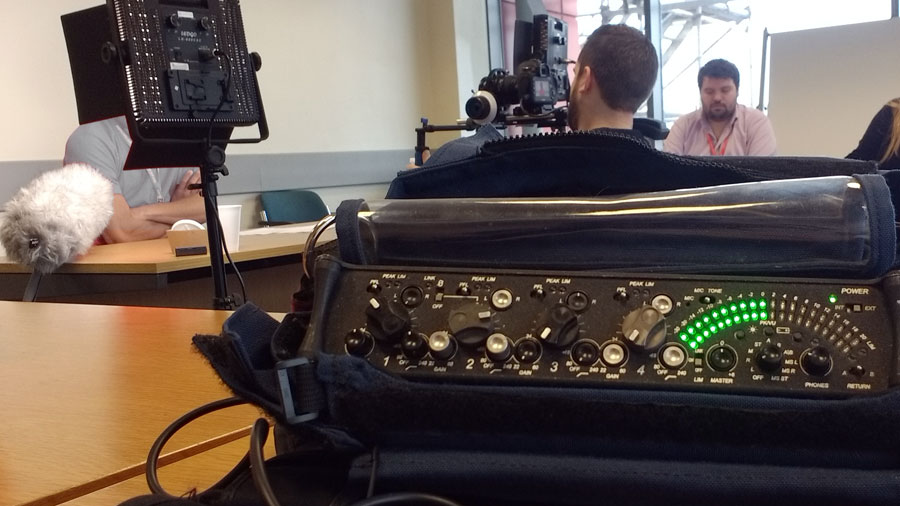 Stu spent a day in Plymouth where he was working as a sound recordist crew for a corporate video with GSL Media.

The crew were filming a series of mock interviews between a manager and employees for a major delivery company.

The set-up was a simple one. All footage was shot from the point of view of the manager, with the actor speaking directly to the viewers. The crew filmed three different actors, each with a different part of the story to tell.

Stu was part of a 3 person crew, working alongside the producer and camera operator. Stu primarily used a Sennheiser radio mic with lavalier attachment, with a boom mic for backup sound.

At the end of the shoot, all of the sound files were transferred Ben from GSL who will carry out the edit and deliver to the clients.

If you need equipment hire or sound or camera crew for your next video shoot then please get in touch to discuss your requirements.