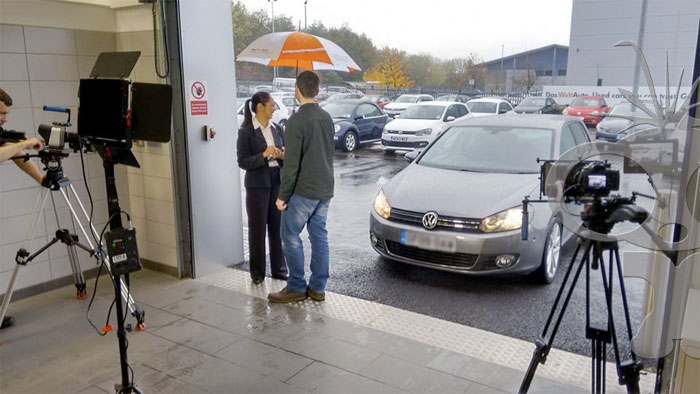 Stu has spent 3 days in Cambridgeshire with GSL Media and crew as a Sound Recordist on a shoot for a major car manufacturer.

The shoot was for an interactive, online training module for sales representatives. The filming was carried out in a showroom/garage near Peterborough.

Due the location being open to the public, and also the garage was filled with mechanics working on up to 10 cars at once, sound was sometimes a challenge, but the crew still finished the shoot on time.

Maniac Films also provided a Blackmagic 4K camera & our new Aputure LED panels for the shoot. The filming duties were carried out by Ben from GSL, who worked alongside Stu and 3 other crew members.

After the shoot the audio files were handed over to the GSL team for editing.