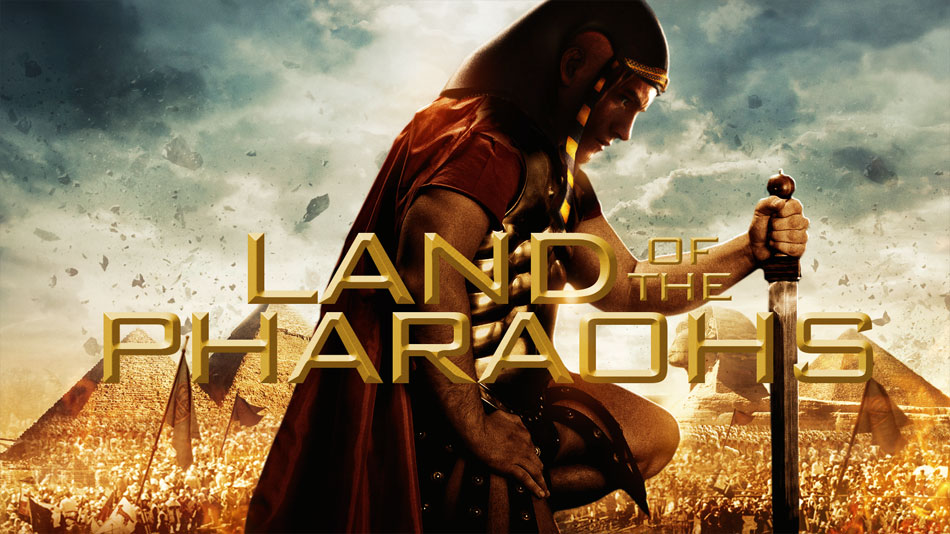 Land of the Pharaohs DVD authoring

Authored as part of our on-going partnership with Three Wolves productions, Lands of the Pharaohs is a re-release of Isis Rising - Curse of the Lady Mummy. This required us to replace the title on the opening credits with the new name.

We were supplied with the HD video assets and layered cover artwork, which Stu was able to use to design the DVD menus and encode the film into files for the build. We also used the artwork to re-build the animated title plate at the start of the film and replace it with the new title.. The final DVD master files were sent to Sony for replication and the DVD can now be ordered from Amazon by clicking on the link below:

'In ancient Egypt, Isis and Osiris ruled the land. All were happy for the couple except one, Set, a jealous man who killed Osiris in order to take over his kingdom. Isis snuck into Osiris' tomb and tried to raise him from the dead using her black magic. Set caught Isis in the act and had Osiris cut to pieces. Isis vowed to avenge Osiris' death and return with him to rule over all the worlds. Now, six college students Kyle, Dustin, Felicia, Jay, Serena and Amy take their last course in archaeology in anticipation for graduation. Their last assignment is to uncover and document the museum's new acquisitions with their teacher, Professor Shields and world-renowned Egyptologist Dr. Nasir. During the night they haphazardly awaken the ancient spirit of Isis' lost soul and her wrath is unleashed on the group. As students start to disappear one by one, they must band together to stop Isis from rising her dead lover Osiris and his evil army of the dead, and exacting their revenge upon the world. '