DVD authoring for Ghosts in the Machine film

Authored as part of our on-going partnership with Three Wolves productions, Ghosts in the Machine was originally titled as House of VHS. This required us to replace the title on the opening credits with a new graphic. We also changed the titles on the bonus features.

We were supplied with the HD video assets and layered cover artwork, which Stu was able to use to design the DVD menus. We also used the artwork to re-build the animated title plate at the start of the film and replace it with the new title. The re-titled video assets were then encoded before being incorporated into the final DVD build.
The final DVD master files were sent to Sony for replication and the DVD can now be ordered from Amazon by clicking on the link below:

Ghosts in the Machine - Amazon

'A group of young people take off for a summer vacation in the French Countryside. They force their way into an old abandoned house, and plan on spending a good time despite having no water or electricity. But one of them discovers a dusty trunk full of VHS tapes, with a mysterious VCR that seems able to work without electricity. After they start watching the bizarre movies recorded on the tapes, the students realize that there are strange forces at work, and that their lives might be in danger…Forces are unleashed that will not be contained!' 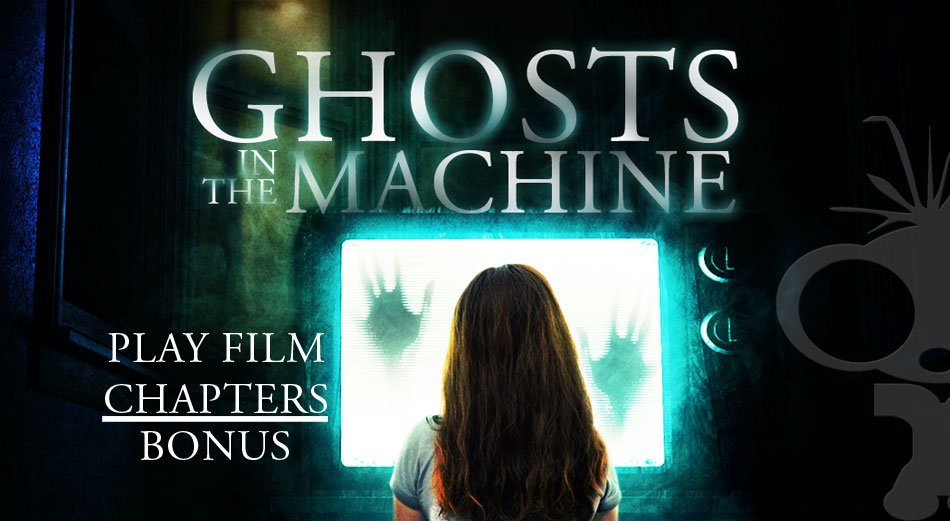