Cage is the latest film from director Warren Dudley (We previously encoded his earlier film 'The Cutting Room' for iTunes release). We have just completed authoring for the upcoming DVD release of the film

Authored as part of our on-going partnership with Three Wolves productions, Cage was delivered to us as a digital video file, along with extra features, subtitle scripts and 5.1 audio stems. The bonus features include an anternate ending, cinema trailer and behind the scenes photo gallery.

We were also supplied with layered cover artwork, which Stu was able to use to design the DVD menus.
The video assets were encoded for DVD, the subtitles were tested and imported into the DVD and the 5.1 audio was encoded as a Dolby Surround file and synced with the video file. With these assets we build a master DVD disk.  The final DVD master files were sent to Sony for replication and the DVD can now be ordered from Amazon by clicking on the link below:

'When Seattle-based call girl Gracie Blake (Quinlan) receives a call from someone who wants to meet with her in person, she initially rejects the idea. But with her financial concerns playing on her mind, she decides to meet the mysterious caller after all, only to immediately regret the decision. The next thing she knows, Gracie is trapped in a cage with no idea where she is. Although she retains her phone and her captor provides her with food and water, Gracie desperately seeks a way out of her cage as time begins to runs out.' 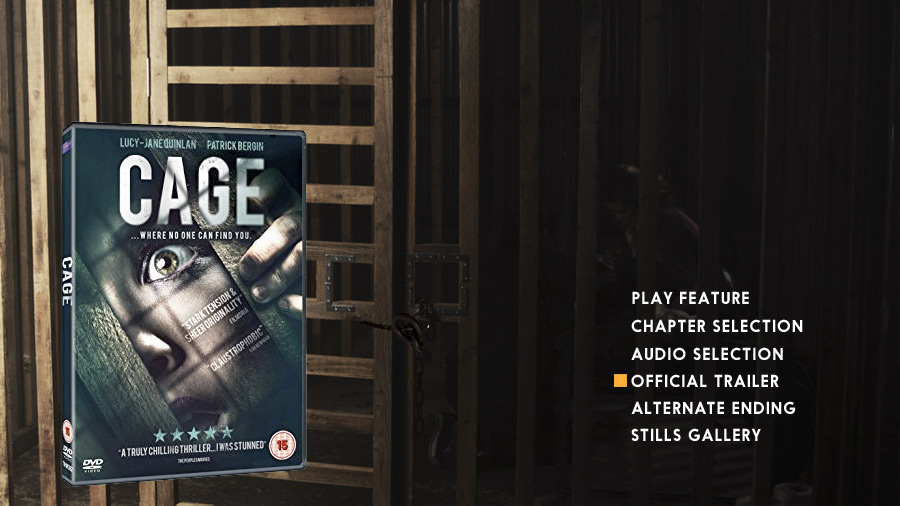