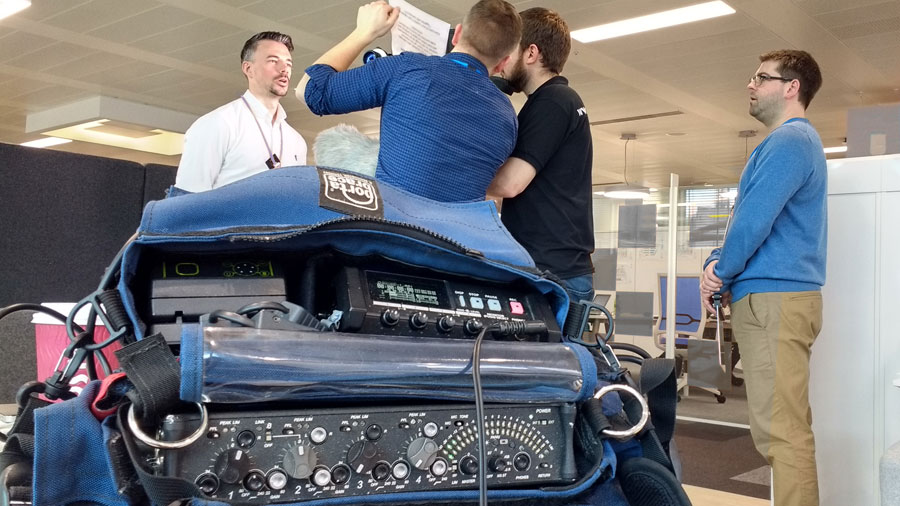 Stu spent a day in London on a shoot with Ben from GSL Media as a sound recordist.

The were filming sections for an in-house training video for one of the top 3 supermarkets in the UK and shooting took place at their London headquarters.

The crew were there to film a number of introduction and outro pieces, which will be used to with various online training modules. The short 30 second pieces featured staff members who actually work in the company in the relevant roles.

The most challenging element was an interview with the head of department, which was to take place in the building foyer. In terms of sound this was more challenging as it is a very busy space with dozens of people passing every minute. However it all came out well and the clients were very happy with the end result.

Stu was part of a 4 person crew, working alongside a producer, camera operator and director. The team as a whole were praised on more than one occasion by the client for their professionalism and also the way that they worked together as a team