We spent a day in a studio near Exeter working with the Gro Company to film a web advert for a new product which will soon be launching in Australia and will also be launching here in the UK later this year.

Gro tend to shoot a lot of their web videos in house, but for larger launches they hire in external crews.
We arrived at the studio with a van full of kit, ready to shoot. Thankfully the studio was warm because it was a very frosty morning.

Throughout the day we worked with four children aged between 18 months and 30 months. Most of the footage was repeated with each child, and then we filmed a section which involved a number of them at once running around and having fun.
We repeated everything because, as the saying goes, 'never work with children or animals'. Unfortunately at the age of our models, they tend to get tired or fed-up quickly , no matter how fun the activity might be. So Gro had planned to shoot with more children than were needed to ensure that between then we would get the shots that they need.

On set were Mark & Stu from Maniac, the in house photographer for Gro (who will also be editing the footage together) and two members of the marketing dept for Gro.

We shot the footage in 4K using the URSA Mini Pro on a tripod, with the URSA Mini working as a 2nd camera on the Ronin gimbal. The gimbal was used both on top of our Porta-Jib arm as a remote head (for birds-eye shots) and also to create some dynamic moving shots of the children at play.
We also took our collection of 1K & 2K LED lights which were used alongside the studio lights to create the right look.

The footage was transferred to a hard drive and handed to the team from Gro. The footage will be edited and set to music by their in-house photographer and the video should appear online in the near future. We can't wait to see how it turned out!

UPDATE: The video is now online on the Gro Australia website. We popped the video up on the top of this page! 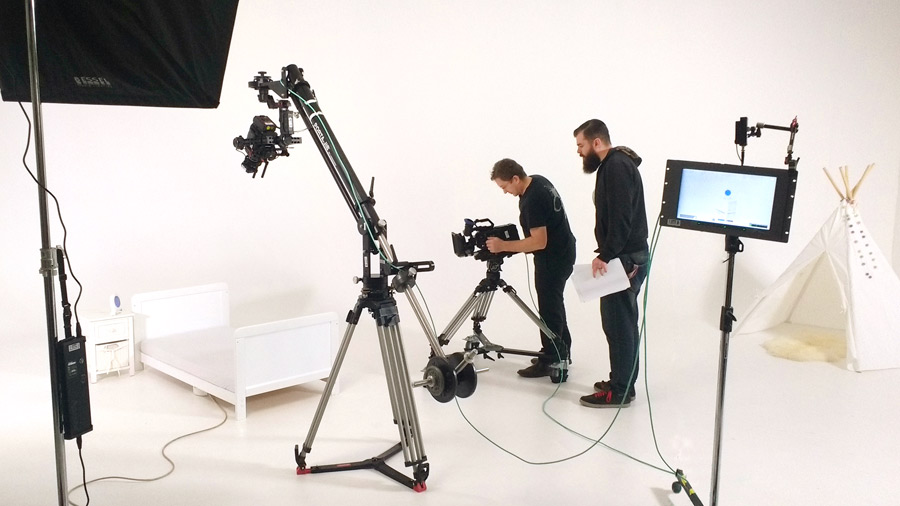