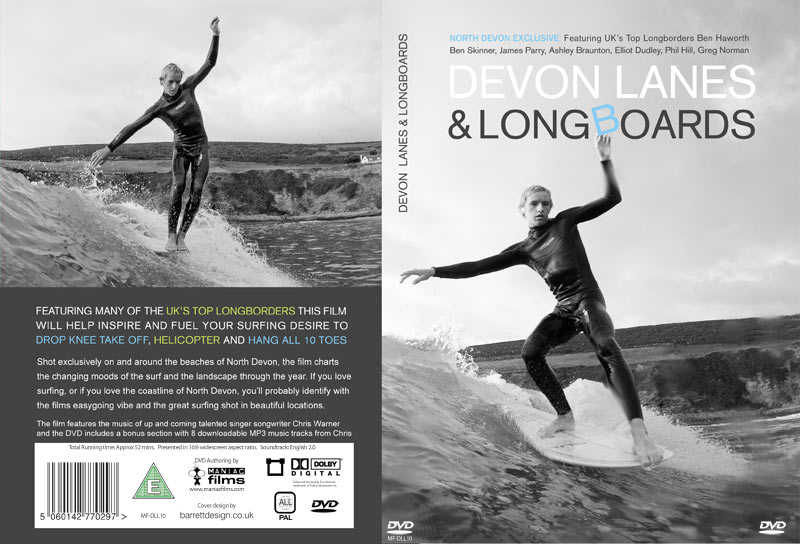 Andy Haworth of Born2Surf came to us with his newly finished longboarding film, Devon Lanes & Longboards, shot at various North Devon beaches and features some of the UK's top longboarders.

Andy brought the film to us and we did a basic colour grade, retimed the slo-mo sections and re-designed the film titles (based on the cover artwork by Chris Barrett of Barrettdesign.co.uk).

We also created animated menus for the DVD before duplicating the finished product.
The film is dedicated to Andy's sister who is fighting cancer and all profits from the DVD will go to a charity of her choice. For the slow-mo re-timing we used a new FCP plugin called Twixtor.