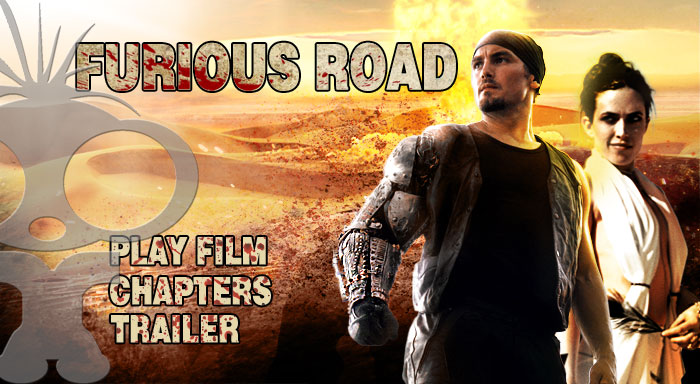 We have just completed the DVD authoring for the upcoming release of Furious Road. A new release of a 2013 film released by Tom Cat Films.

We were supplied with the video assets and poster artwork which we used to design a dvd menu and chapter menus before building the final dvd for replication.

The film centers on Sol, a bold fugitive lost in a dangerous post-apocalyptic desert world, as he searches for a missing woman named Catherine and her illusive captor, the Nomad King. With enemies at every turn, Solâ's only chance of finding Catherine is with the help of a rogue and mysterious wanderer, Cleo. The DVD is now available to buy online.

You can watch a trailer here: http://tomcatfilmsllc.com/furious-road