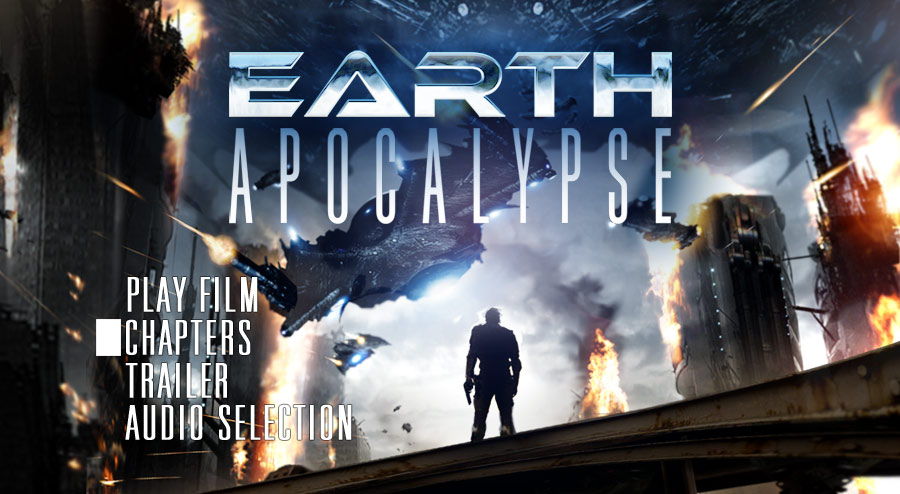 We have just been working on a new DVD release for Three Wolves - Earth Apocalypse.

This is a film that will soon be available to buy on general release through Amazon and other similar outlets.

The film follows the story of Rez, a man with a eidetic memory, who is forced by a corrupt group to time travel 12 hours in to the future and teal financial information. But on one trip he discovers something horrific and must fight to save the whole city.

The film had originally been edited with a different title, so we took aspects of the new cover artwork, and created a replacement title plate for the start of the film before re-encoding it.

We were supplied with the HD film, original trailer, 5.1 audio tracks and artwork assets.

We encoded the film with stereo and surround sound for DVD, created a series of DVD menus including chapter menus and produced a master copy for replication.