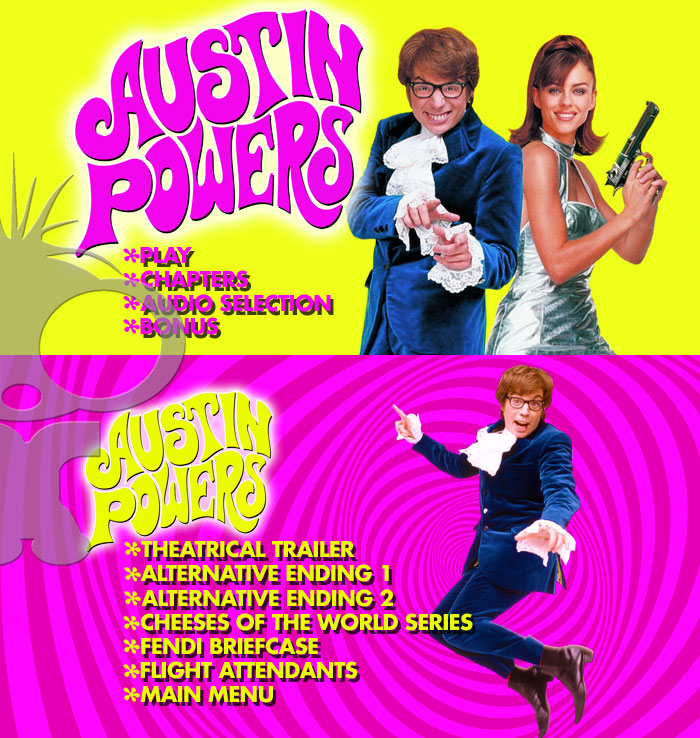 Delivered the master files for the upcoming DVD & Blu-ray re-release of Austin Powers, International Man Of Mystery, a comedy written by and starring Mike Myers.
The DVD build involved creating dvd front and chapter menus. The blu-ray production also required pop-up menus. Both DVd and Blu-ray versions included a number of special features and both 2.0 and 5.1 surround audio, this required a number of menu designs
The Blu-ray will be released in two editions in June, a standard blu-ray and a steelbook collectors edition which will also include exclusive art cards and a poster.
You can watch a trailer here: https://youtu.be/5vsANcS4Ml8