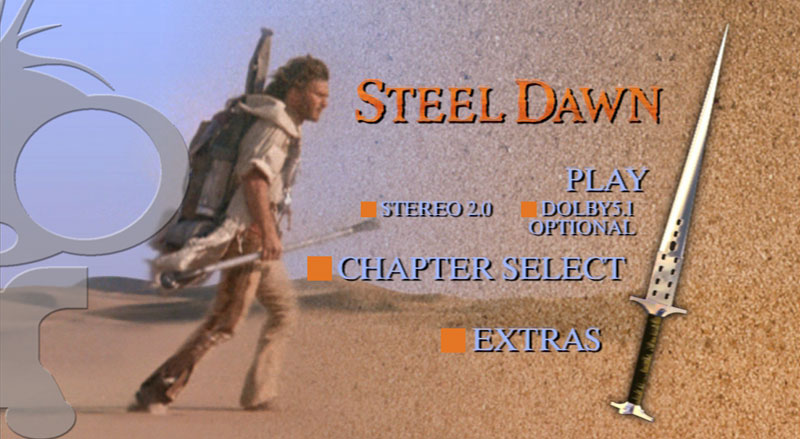 We've been working on a DVD re-release for Three Wolves, the 1987 film Steel Dawn, starring Patrick Swayze.
Steel Dawn is set in a post-apocalyptic world, where a warrior wandering through the desert comes upon a group of settlers who are being menaced by a murderous gang that is after the water they control.

We were supplied with digital assets of the film from which we took the film, 5.1 and stereo audio tracks, special features and original motion menus and artwork assets to build the new master.

Using the supplied digital assets, we were able to rebuild the dvd with Three Wolves branding. We then produced a master copy for replication.
The film should be available in mid-August to buy on DVD.