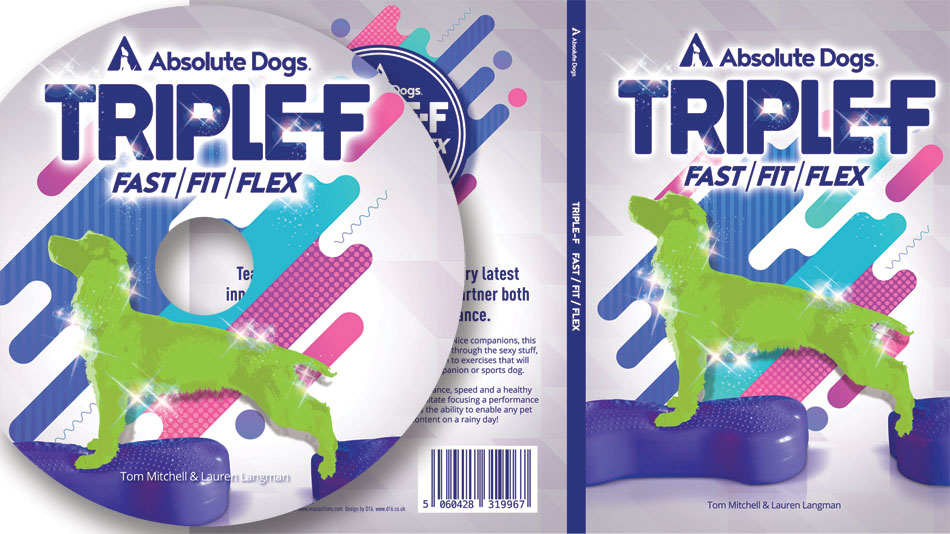 Filmed back in January 2017, Absolute Dogs Triple-F DVD is now finally off to the factory to be replicated.
The film was put on hold by the AbsoluteDogs team for a few months while they worked on some other projects and releases.
The footage was filmed well in advance and we have been working on a number of other projects with them in the meantime

Triple-F is a 2h 40m DVD which is aimed at the owners of agility and working/performing dogs. The film teaches owners a series of exercise techniques to ensure that their dog stays fit, healthy & flexible (and ready for competition of course)

The cover artwork was supplied by the AD team designer, which we used to create the DVD menus. We then encoded the finished films and created a DVD master. The master and artwork have been sent to the factory to create the first few thousand copies for sale.

UPDATE:
The DVD is now available to buy online from AbsoluteDogs on their dedicated fitness training website: Triple-F DVD 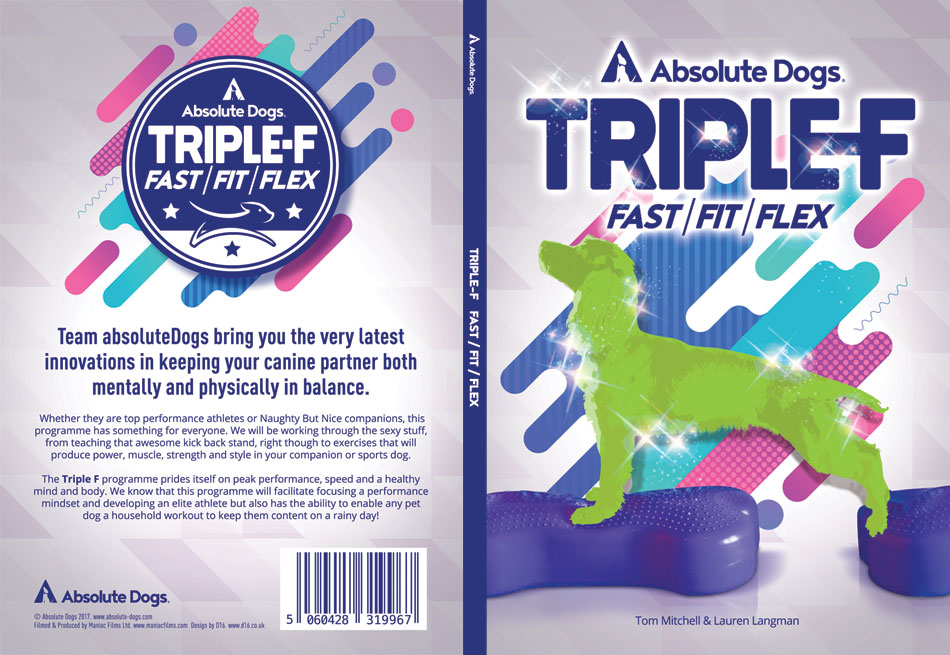