Home  »  Services  »  Post Production  »  This Thing of Ours trailer build for VOD
info@maniacfilms.com 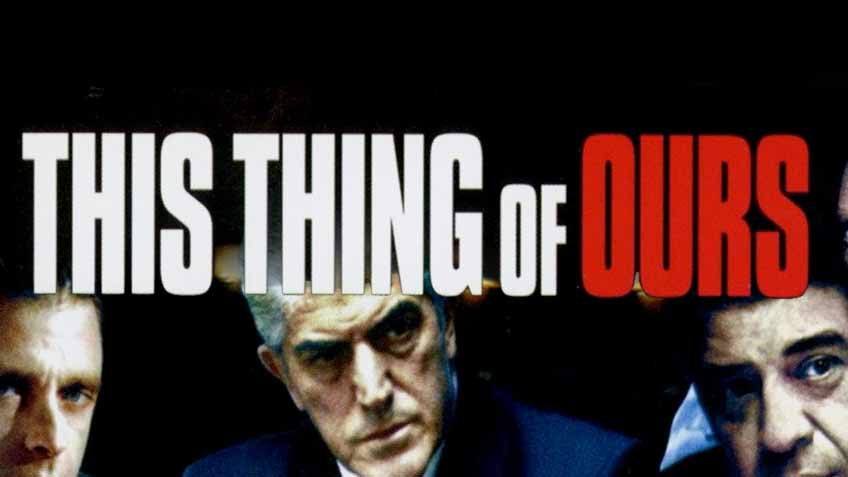 This Thing of Ours trailer build for VOD

We have recently been asked to assist with preparing a feature film, 'This Thing Of Ours'  for release on online video streaming platforms.

It was originally released in 2003 and directed by Danny Provenzano and starring him alongside Frank Vincent, Edward Lynch, Vincent Pastore and James Caan.
Using the internet and old school mafia traditions, a crew of young gangsters led by Nicholas "Nicky" Santini attempt to pull off the biggest heist in the history of the mafia. Nicky must first convince his uncle Danny Santini, a respected caporegime of the Genovesso crime family in New Jersey, to put up the necessary "seed money", $50,000,000.00. When Danny agrees, Nicky - along with his partner and friend Johnny "Irish" Kelly - use violence and murder to put the plan in motion. But as much as things seem to be changing in the family's way of doing business, old habits and traditions remain and Nicholas must decide between his friends who helped him pull off the scam or his uncle Danny.

So with the low quality trailer as a template, Stu has re-created a high quality copy of the  original trailer. It was painstaking, searching through the 90 min film to find the large amount of 2-3 second cuts used in the 2min trailer to recreate it as closely as possible, but he achieved it and it looks great!


To find out more about our film and trailer editing services or any other post production work, please get in touch - Maniac Films Post Production