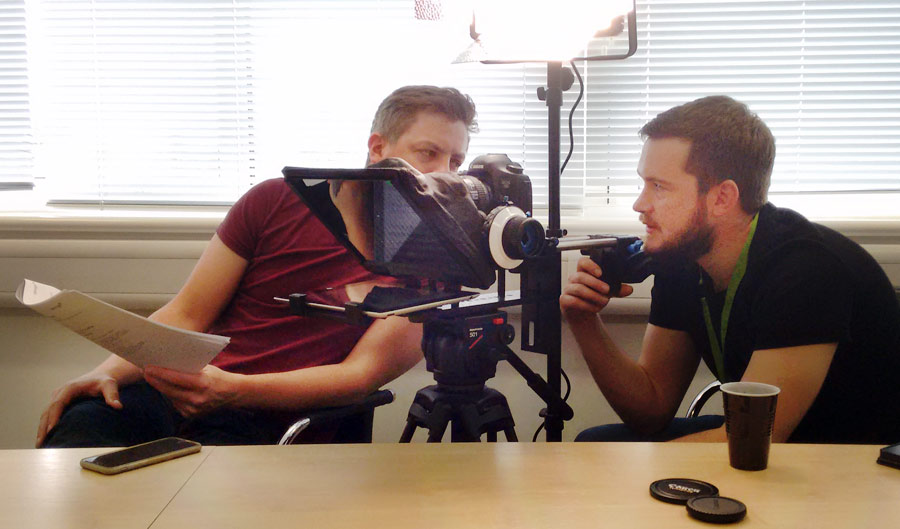 Published Monday 23 May 2016 by Stu Gaunt in Rental News

Ben, MD at GSL Media, got in touch becuase he had an upcoming corporate shoot which required actors to speak into the camera as if addressing an interviewer. However the scripts contained a lot of technical terms and were quite wordy, so we provided our iPad teleprompter system to give the actors a better chance of delivering great performances with less takes.

Ben said "The teleprompter really helped. Especially when one actress was taken ill on the day of the shoot and the last minute replacement only had a short time to learn the script." Even the actors and end client were heard to prais the kit for it's usefulness and compact size.

Pictured are Ben and the director Phil, discussing the shot in between takes with the teleprompter rig sat proudly between them.