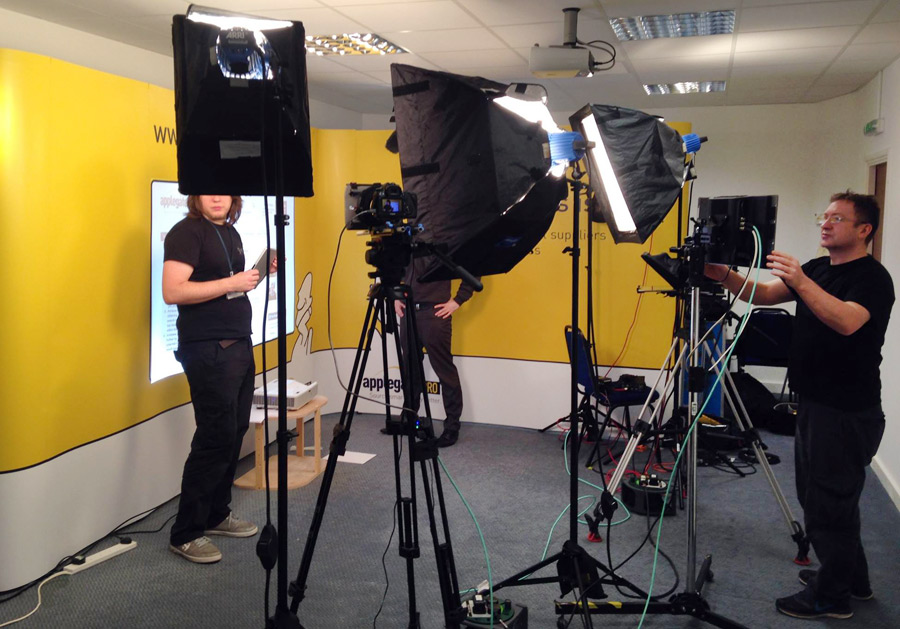 We spent a day filming in the offices of Barnstaple based Applegate Marketplace for a series of upcoming promotional films to do with the launch of a new RFQ (Request for Quotation) system they will be launching soon for Applegate Pro users.

We were contacted by James from Applegate who needed camera crew to come in and shoot a number of promo films, before handing over the footage to him for the final edit.

We filmed 7 films in total, which will take viewers through various elements of Applegates new RFQ system, an online system in which users can request quotes from previous/favourite suppliers or simply ask Applegate specialists to suggest the best suppliers to provide them with a quote for both services and products.

The shoot made use of our Sony PMW-200 and Canon 5D mk III cameras as well as our iPad Teleprompter system, which was pre-loaded with scripts sent to us by the Applegate team. We also provided our Apple Macbook Pro to run graphics and a live screen feed to a projector. Part of the video required a second person to operate the laptop and enter data into the new RFQ system, all of which was projected live on to the wall behind our presenter Colin. To ensure that we captured this clearly for the film, we split the feed to the projector and simultaneously captured a HD screen recording with synch sound from the audio mixer.

The room was set-up in advance and made use of a brand new display that the company will be using at upcoming events, but it was also the perfect backdrop for the shoot. Despite being rather fiddly to get the projector setup and get the right lighting balance we think it all went well and are waiting to see the final output from Applegate soon.