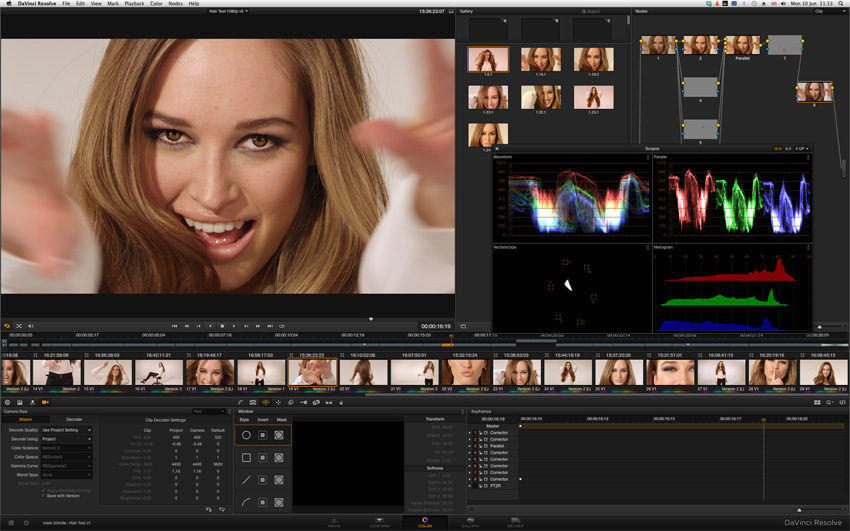 Published Tuesday 14 May 2013 by Stu Gaunt in Post Production

North Devon based photographer and filmmaker, Christopher Lane, contacted us recently for some help with grading a fashion TV advert shoot that he had shot in 4K on a Red Scarlet camera.

The shoot was set up as a series of camera and lighting tests with a editing workflow tests to follow. At Maniac this was a first opportunity to work with DaVinci Resolve, 4K video and Final Cut X.

We faced a few challenges at first...we had to send our grading monitor to Germany for colour calibration, we had to invest in a new Decklink card to make DaVinci output the correct colours to the grading monitor and there are also a few bugs exporting footage from Final Cut to DaVinci.

However we persevered and our grading suite is now fully functioning and ready for any eventuality.

The footage was shot at Holborn Studios, Directed by Christopher Lane & the D.O.P. was James Layton. It starred Emma G with hair by Craig David & make up by Dani Guinsberg