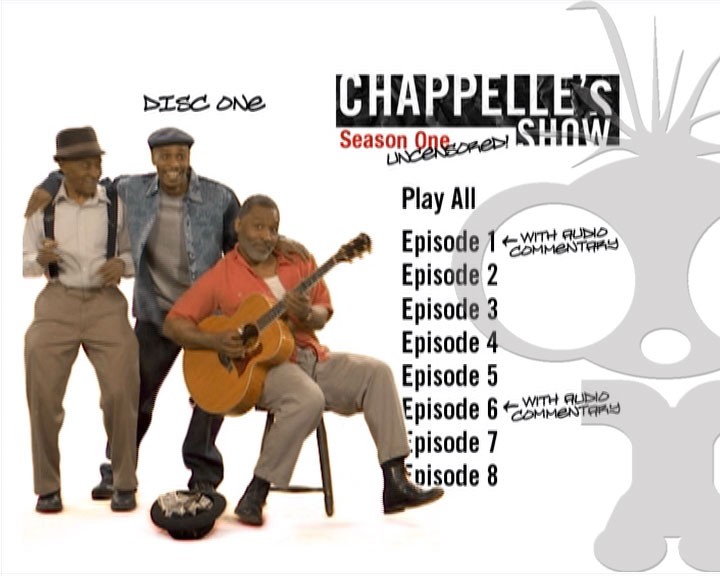 We've just completed the re-author of a 6-disc box set of American comedy stand-up/sketch show 'Chappelle's Show'.
The often controversial show starred comedian Dave Chappelle and aired from 2003 - 2006.
Before we could begin the authoring we had to convert the 15+ hours of video from NTSC to PAL. We then created motion menus and a number of static bonus menus for the project.
The 6 disk set (spanning 2 series and a lost episodes disc) so now available to buy online.