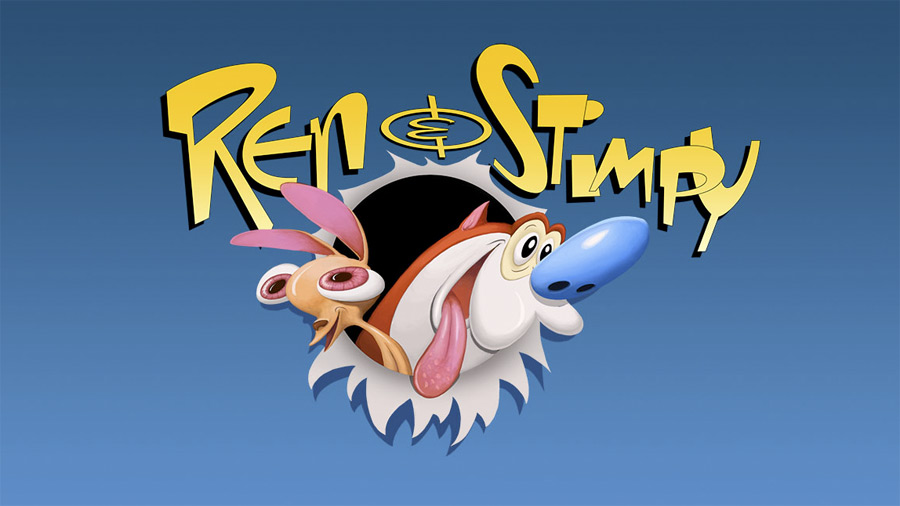 We have just completed the authoring for a 6-disc box set release of the 90's cult cartoon classic Ren & Stimpy (The Ren & Stimpy Show).

Ren & Stimpy follows the adventures of Ren, an emotionally unstable chihuahua, and Stimpy, a good-natured, dimwitted cat. The duo fill various roles from episode to episode, including outer-space explorers, Old West horse thieves, and nature-show hosts, and are usually at odds with each other in these situations. Ren & Stimpy premiered in 1991 on Nickelodeon. It ended in 1995 after 5 seasons.

We were supplied with 61 episodes from Seasons 1-4, along with subtitles in English & English Hard of Hearing. We were also supplied with optional directors/animators audio commentary tracks for 11 episodes as well as a featurette about the origins of the show & animated pencil test film for one episode. Along with the episode material we are also sent artwork assets for the disc menus.

Using the artwork, we created various menus for each discs, including episode selection, subtitle selection and where required, audio commentary or bonus features menus. We then built each individual disc master, and after testing they were uploaded to Sony for replication. The box set should be available to buy soon!