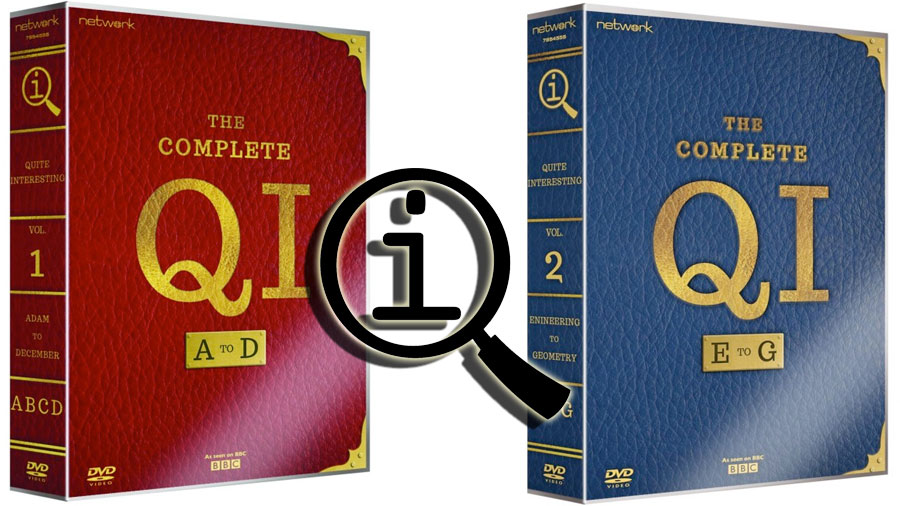 Volume 1 is a 9 disk box set that contains every episode from Seasons A-D  plus bonus features including: The Making of QI documentary, 40 minutes of unseen archive material, How to Do QI Research by the Head Elf and all the buzzers in one massive compilation.

We encoded the supplied digital assets and did a full QC on all the episodes - looking for signs of any digital glitches introduced in the transfer and encoding process. We built 19 dual layer (DVD9) discs for the box sets with motion menus and produced masters for the client and digital uploads for the replicator.

If you have content for distribution or sale or need DVD or Blu-ray authoring then please get in touch to discuss your requirements.