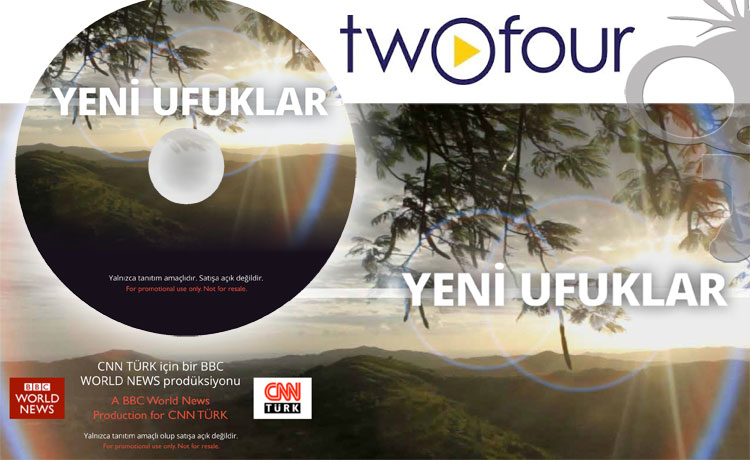 Media production specialists TwoFour have been working with BBC World News to produce a Turkish language version of it' popular 'Horizons' programme. This involved dubbing any interviews with English speakers into Turkish and filming new sections with a Turkish presenter.

The episodes were originally aired in Turkey on CNN Turk. The BBC needed to produce a short run of DVD's containing all 8 episodes complete with English subtitles. To achieve this TwoFour approached us.

Using video assets and cover artwork supplied by TwoFour we created two DVD menus, re-timed the subtitles, and built a master DVD. Once approved we duplicated copies onto Dual Layer discs which were delivered to the BBC. The discs were printed in house and the special cardboard wallet was produced externally.