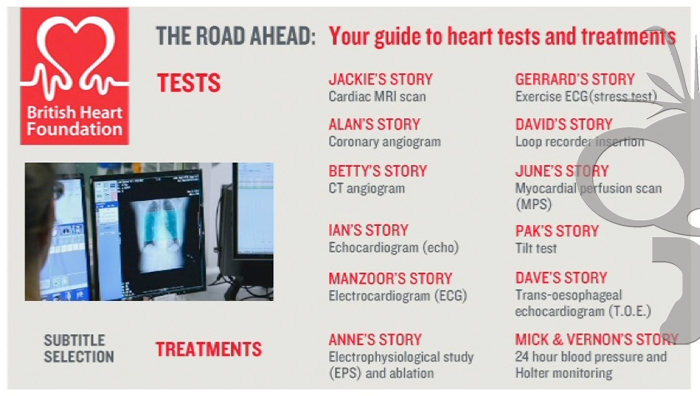 Following on rom last month, we have been working again with the British Heart Foundation and TwoFour to update a dvd that we produced in 2012.

The DVD, titled 'Tests & Treatments' features a number of films giving information about various heart tests, and the treatments for common problems. TwoFour have been working with the BHF to update the film with new information and replacing the old branding with the 2014 logo/branding. We updated the DVD menus with the 2014 BHF branding guidelines, motion menus, replaced the films with new versions and inserted subtitles into each film in 7 languages.

The final master copies were approved by the British Heart Foundation before we sent the files to Two Four for mass replication.