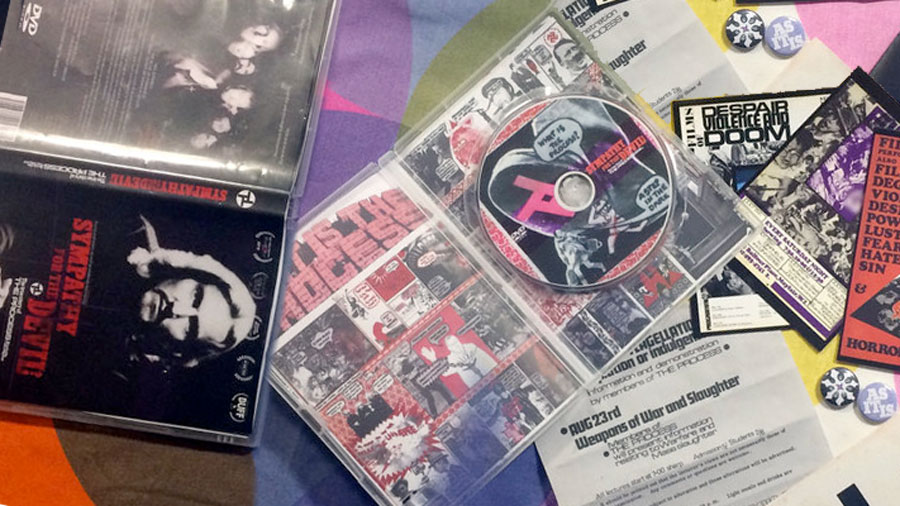 What is The Process? This is the opening question of a documentary by Neil Edwards.

The documentary is called 'Sympathy for the Devil? The true story of The Process' and it has featured in a number of festivals as well as winning one.

We were engaged by TwoFour to produce a DVD release of the documentary. We were supplied with the main feature, motion menus, directors commentary and a wealth of bonus features and deleted scenes.

We authored the DVD to the spec provided by TwoFour, which also included adding subtitles in both English & French and delivered both digital and physical masters for testing. We also prepared the disk and cover insert artwork, ensuring that it met the printing specs for the factory.
Once approved, we sent the DVD master files to the replication factory where 1000 copies will be made for sale, with hopefully more to come depending on sales.

For more about the movie visit: www.theprocessmovie.com

Below is a brief synopsis:

'Where did Charles Manson get his apocalyptic death cult vision? This feature length documentary reveals true story of the mysterious British cult accused of being the inspiration behind Charles Manson’s madness.

The award-winning creator of the Born To Kill? crime brand delves into ‘The Process Church of the Final Judgment’, a religious cult which rose to prominence during the 1960's. So provocative were the cult’s beliefs, it has been claimed it was the inspiration behind some of the most notorious crimes of the 20th Century, including the Charles Manson Family's slaying spree, the assassination of Bobby Kennedy, and the Son of Sam serial killings that terrorized New York.

Formed in England, The Process members were drawn from wealthy families and the aristocracy. Newspapers branded them the 'Mindbenders in Mayfair' and 'The Devil's Disciples', and, ever since, members of The Process have adopted a secretive stance with the media. Only now, decades later, have former members on the inner circle agreed to reveal the truth behind the conspiracy theories, and open up about their beliefs, rituals, and the closely guarded secret of the real power behind the cult’.