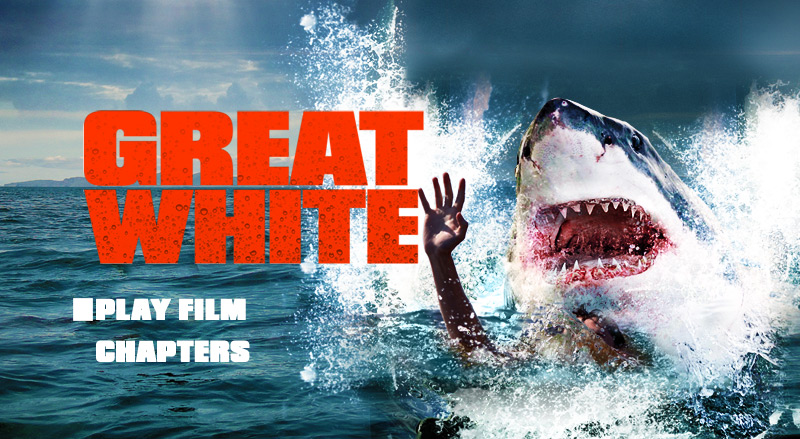 Maniac Films have been working on a new DVD release of the 2008 suspense horror film, Great White.

Originally released under the title 'Shark Swarm', the film stars John Schneider, Daryl Hannah, Armand Assante, F. Murray Abraham, Alan Fudge & Elisa Donovan. The film tells the story of a fisherman and his family who must fight to take down a greedy real estate developer who has released toxins into the ocean, turning the area's sharks into bloodthirsty hunters.

Originally created as a TV movie, this 2.5hour film first premiered on SyFy is now being released on DVD in 2016 in the UK by Three Wolves

We were supplied with a digital copy of the film along with newly deisgned cover artwork, from which we were able to design new DVD menus for the authoring. Stu also used the title artwork to replace the original title screen in the film, with one bearing the new title 'Great White'.

We converted the film assets before importing them and the menus (including a main menu and multiple chapters menus) into the authoring software and built a master DVD.

As the film already has a BBFC certification, we did not need to re-submit it and the files were sent straight to Sony for replication and distribution to retail stores.

The film was released in early August and is available to buy on Amazon now: Great White [DVD]