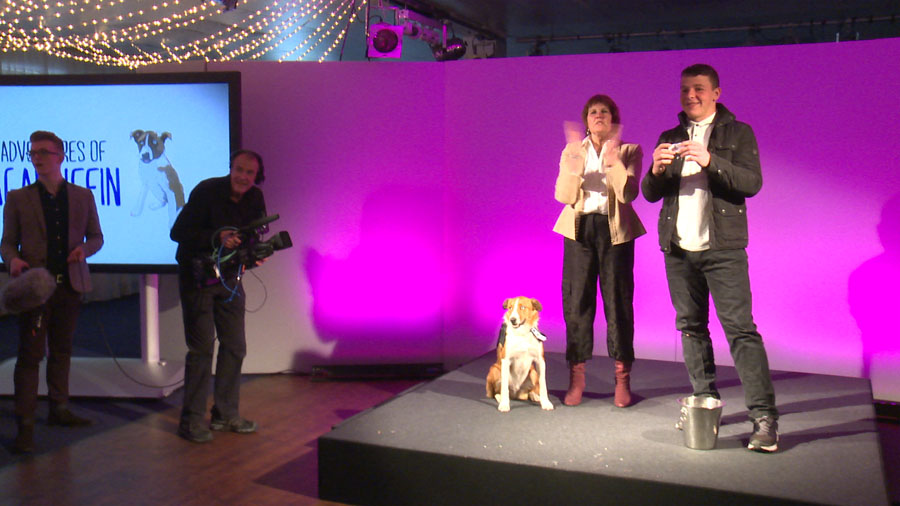 Filming for the Ragamuffin launch party

Stu has just returned from the world famous Elstree Studios in London where he has been covering the launch event for The Adventures Of Ragamuffin Lewis -  new 26 part Youtube series starring Ragamuffin.

Ragamuffin (a very well behaved dog) has become a firm favourite in the office recently, as we have been photographing him and preparing films to be shown at the launch event.

Stu was filming alongside another cameraman as they both captured the live. While Stu worked behind the scenes, staying with Ragamuffin throughout the day, the 2nd cameraman worked with an actor, who played the part of a red carpet reporter, as they interviewed the guests.

The footage was offloaded at stages throughout the event, which was then passed to an editor who was preparing clips to be posted on to social media as the event progressed (there was even a young woman sat at a laptop sending out live tweets and Facebook posts all day).

All of the footage was passed to Fiona (Ragamuffins owner) who will carry out a rough assembly edit, before coming back in to the Maniac office to complete the edit with Stu. The aim is to create a limited run of DVD's containing a highlights film from the launch event and a select number of episodes.

The event was certainly unique! On the red carpet was Daniel Roche, star of TV sitcom Outnumbered and the voice of Ragamuffin. Inside the venue were a number of dogs, Ragamuffin got himself ready in the dressing room used by Bradley Walsh when filming The Chase and it all culminated with a mass of dogs attacking a specially created cake - made entirely or liver and raw meat! 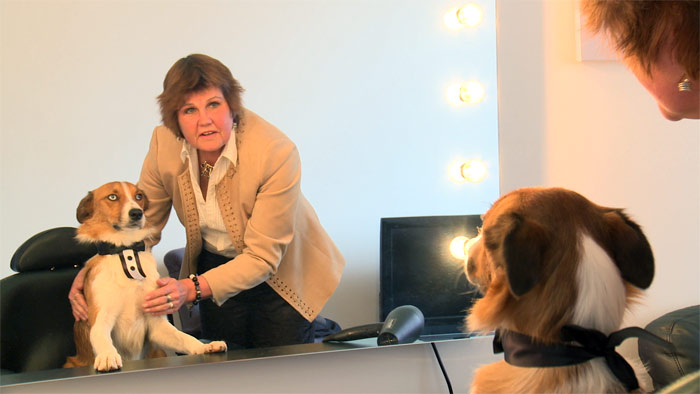 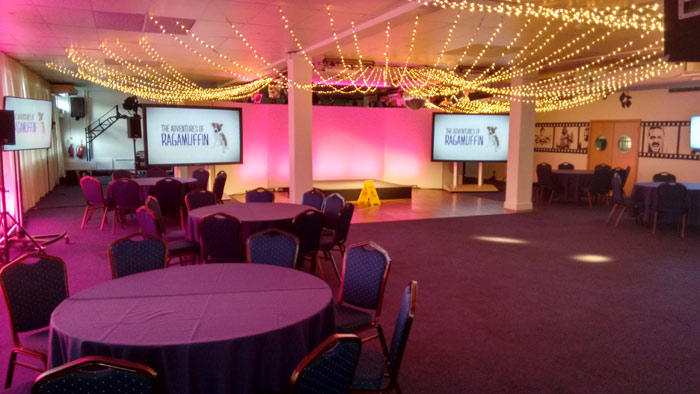