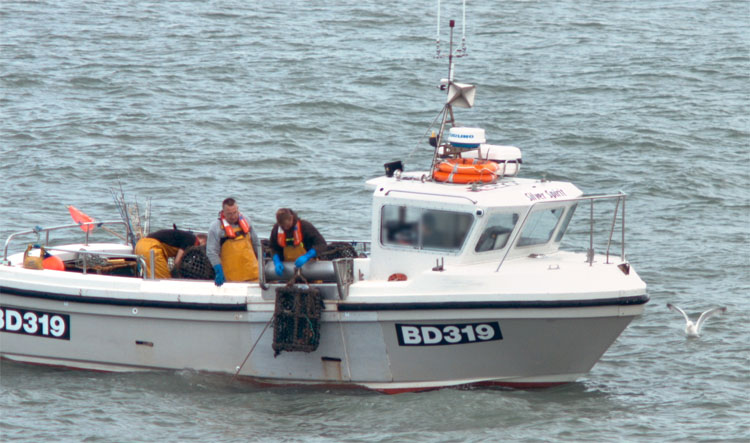 The Maniac crew were up at dawn to film the first shots for a new short documentary for the Boat Stories project, a series of films exploring the lives and stories of people who work on boats in North Devon which is being produced by Jo Stewart-Smith.

The film is all about Ben Bengey, a 17 year old fisherman who owns his own fishing boat. We found ourselves at Ilfracombe Harbour at dawn to capture the sunrise - the tide was not quite in far enough for the boats to float up at first, but soon enough Ben's boat was the first out of harbour. Mark joined Ben & Jo on the boat as Ben made his early lobster potting run with his dad, while Stu remained on shore to film wide shots of the boat as it worked in and around the harbour in 4K.

We have another shoot planned for later in the week which will focus on other aspects of Ben's working life - catching Bass (we hope!) and boat charters - all weather dependant but with a tight deadline to edit in time for the premier screening in Ilfracombe's Landmark theatre very soon.