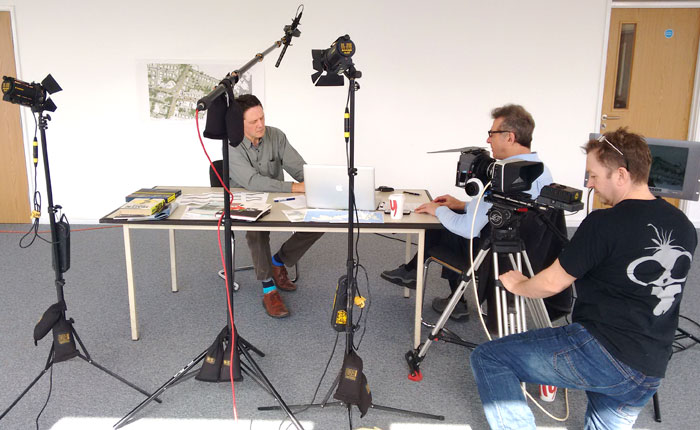 We have been in Bristol with Martin Cassini from Equality Streets, filming an interview with transports, traffic & urban design consultant Ben Hamilton-Baillie.

The interview will form the basis for a 5 minute documentary film discussing the benefits of shared space, a concept which removes traffic signals and gives cars & pedestrians equal rights in the road for the isle of Man government to help promote the idea of shared space for new work on the promenade at Douglas. The scheme also promotes a system in which cars filter in turn - increasing traffic flow but reducing speed.

We travelled up to Bristol with a simple 4k interview set-up including the Blackmagic 4K camera, lights and and an audio kit including radio mics and a boom.

The film will be finished by the end of the week to be shown during an upcoming meeting with councillors and town planners in a UK city.