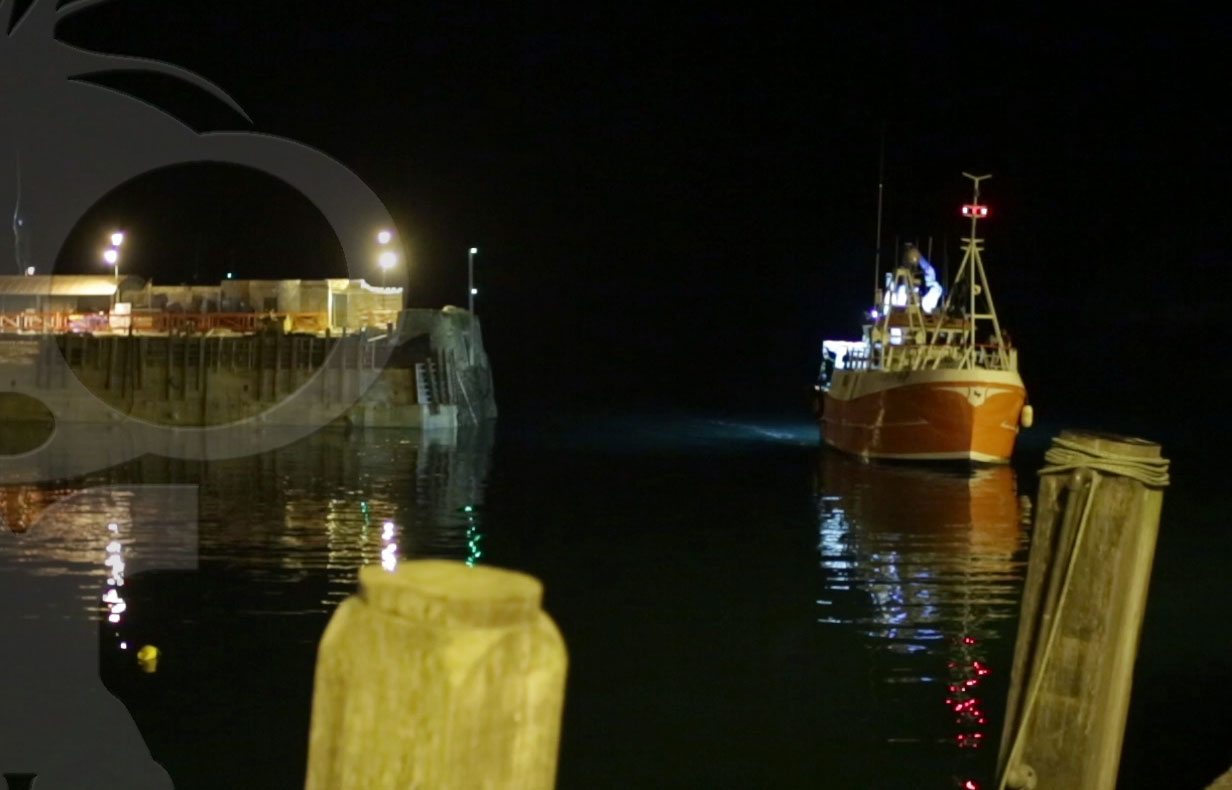 Mark has just come back from a 36hr filming trip aboard the fishing trawler The Sparkling Star with skipper Paul Stone. He was on board the trawler to capture the lives and stories of the men working aboard the boat for a 5min documentary. The film will form part of the Boat Stories project, a series of films exploring the lives and stories of people who work on boats in North Devon which is being produced by Jo Stewart-Smith.

Mark set off from Ilfracombe Harbour at 3am and went out trawling for Squid and other fish, out into the Bristol Channel past Lundy Island. Mark used a Canon 5d3 for some super low light filming and the Sony PMW200 for the main filming plus a couple of GoPro Hero 4 cameras to get close up in the 'Ice room' with the fish. The rushes have been handed over to Jo who will carry out a paper edit and work on the story of Ray fishing and the 'Ray Box' based on Marks footage before we begin work on the edit. Mark thoroughly enjoyed the experience of living on a fishing boat and the challenges associated with it - but he's definitely glad to be back on dry land.