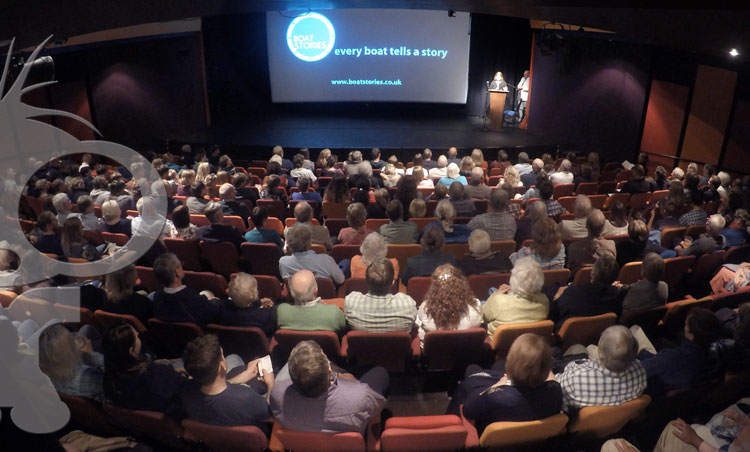 On Friday 4th September, the Maniac team attended a premiere screening of all 10 films in the Boat Stories series. The event was held at the Landmark Theatre in Ilfracombe and was attended by some of the film makers and stars of the films.

The event featured two film premieres, one of which was our recent film 'A Life in the Day of a Young Fisherman, ', which was filmed & edited in August and finished just 3 days before the event.
The event was a success and another is scheduled for 16th October in Bideford, see the Boat Stories website details.

We produced a Blu-ray for the screening event with a special photo montage at the start and the intermision with hidden pauses between the films to allow speakers to come up on stage (or not if they hadn't turned up!). We had all the film extra features on the Blu-ray just in case these were needed. Playback was superb on the theatres big screen projection, usually used for live streaming broadcasts from London theatre events.

Mark Brindle went on stage to discuss the filming of the trawler film and Young fisherman film and give some insights into what it was like on the Sparking Star. A great fun evening out and plenty of discussion in between the superb films.