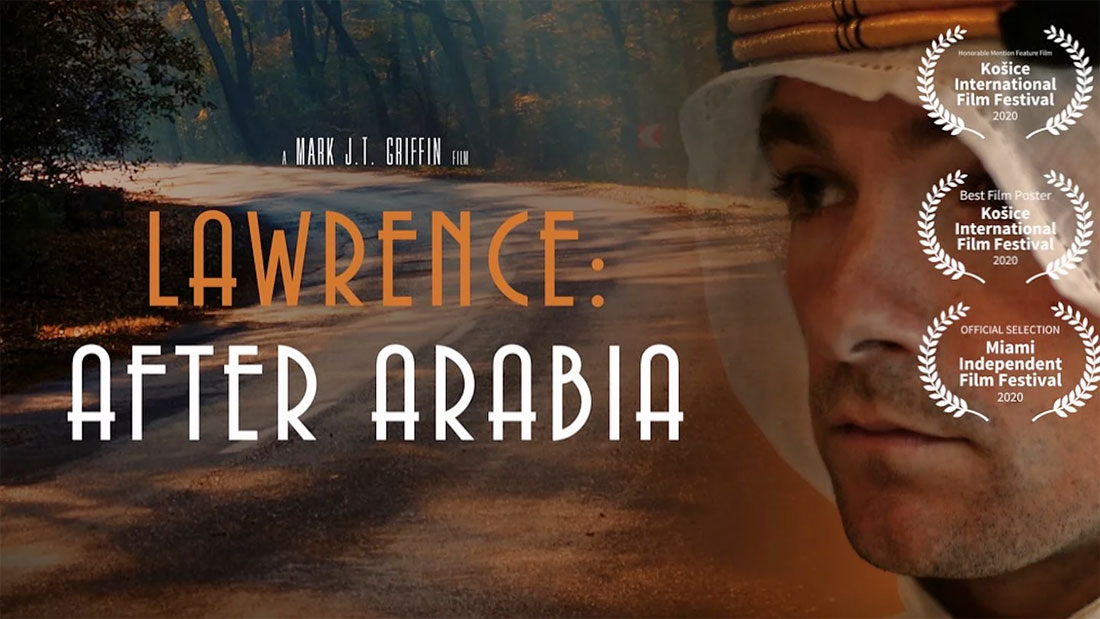 We have just completed the Blu-ray authoring for the new Feature Film from director Mark Griffin, Laurence After Arabia.

Laurence After Arabia is the story of the last years of the life of T.E. Lawrence -  Lawrence of Arabia - a scholar, writer, soldier and reluctant hero.  Retiring to his cottage in Dorset he hopes to escape his past but is pulled into political intrigue. While he has powerful friends, with his uncompromising manner he has made dangerous enemies.
As they plot against him he dies in a tragic motorcycle accident. However, with such enemies was his untimely death an assassination and cover up by the British Secret Service?

The film was completed earlier this year and was set for a red carpet Premiere in Poole back in May 2020 on the 80th anniversary of TE Lawrence's death, however due to the Coronavirus outbreak, Mark has been forced to postpone the premiere until March 2021 and general release of the film has been moved to April 2021.

Here at Maniac Films we were supplied with the finished film and artwork assets. We converted these into the right format for Blu-ray authoring and build a master disc, which was approved by Mark Griffin before being delivered digitally and ready for replication in time for the launch next year.

As well as authoring we can also offer DCP for Digital Cinema and BDCMF services for replication, check out our range of services for more information or get in touch!