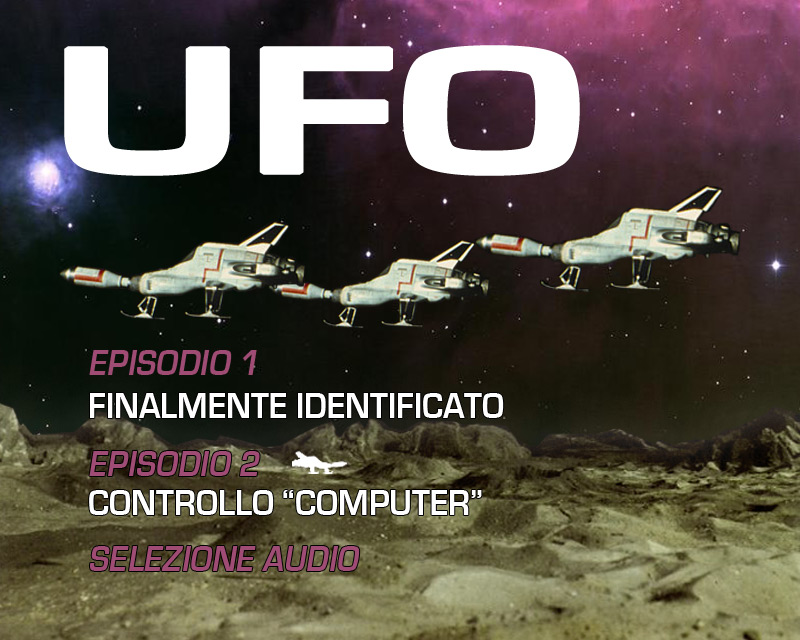 The authoring has been carried out for Content Partners who have been working with the Italian distributor to arrange the release.

Each disk contains 2 x 47 minute episodes and the collection includes all 26 episodes episodes which were originally aired in 1970. The show told a series of stories, set on a fictional Earth that is being attacked by aliens, and the secret organisation that has been tasked to repel the aliens while keeping it a secret from the rest of the population.

We were supplied with pre-encoded versions of the original episodes (with audio in English & Italian) as well as Italian subtitles. Also 6 episodes featured an additional Italian audio track, taken from the original 1970's recordings (all other audio is from a more recent re-recording)

We designed new DVD menus for each disk (main menu & audio selection menu). Stu also designed a secondary menu for the episode that featured the bonus Italian Audio option, and wrote a script which displayed the extra menu only when a relevant episode was picked when the language was set to Italian.

Once the authoring was complete, we then built the 13 master disks, which will be sent off for replication.