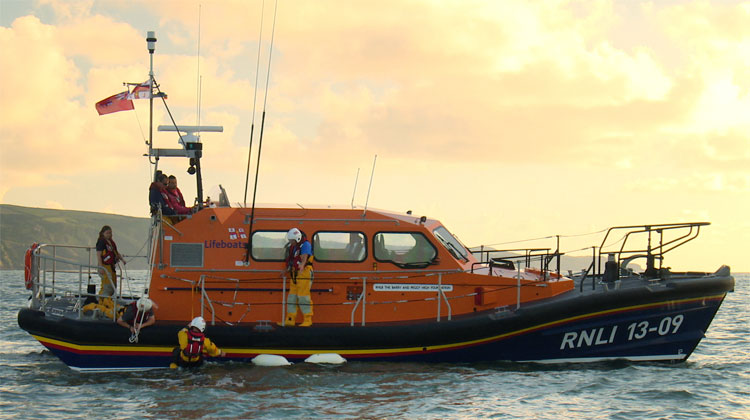 We have been back in Ilfracombe filming our latest installment in the Boat Stories project - A day in the Life of a Young Fisherman with producer Jo Stewart Smith from Boat Stories.

in the afternoon Stu joined 17 year old skipper Ben Bengey, as he ran a charter fishing trip on his boat The Silver Spirit. The hour long trip gave us a chance to show off another facet fo Ben's work - trying to catch whatever is out there! A few dog fish were thrown back in but it was a quite fishing afternoon.

Following this Stu was joined by Mark and we filmed Ben as he handed the boat over to his dad, while we followed him inside the Ilfracombe Lifeboat station in preparation for that evenings exercises. We filmed the lifeboat launch and later, Mark joined Ben's dad on the boat as they filmed Ben taking part in Lifeboat training exercises - simulating a man overboard exercise from their new Shannon class Lifeboat. It was a beautiful evening with a lovely sunset and Mark filmed some more interviews with Bens dads about the Lifeboat. See the boat stories website for more details.