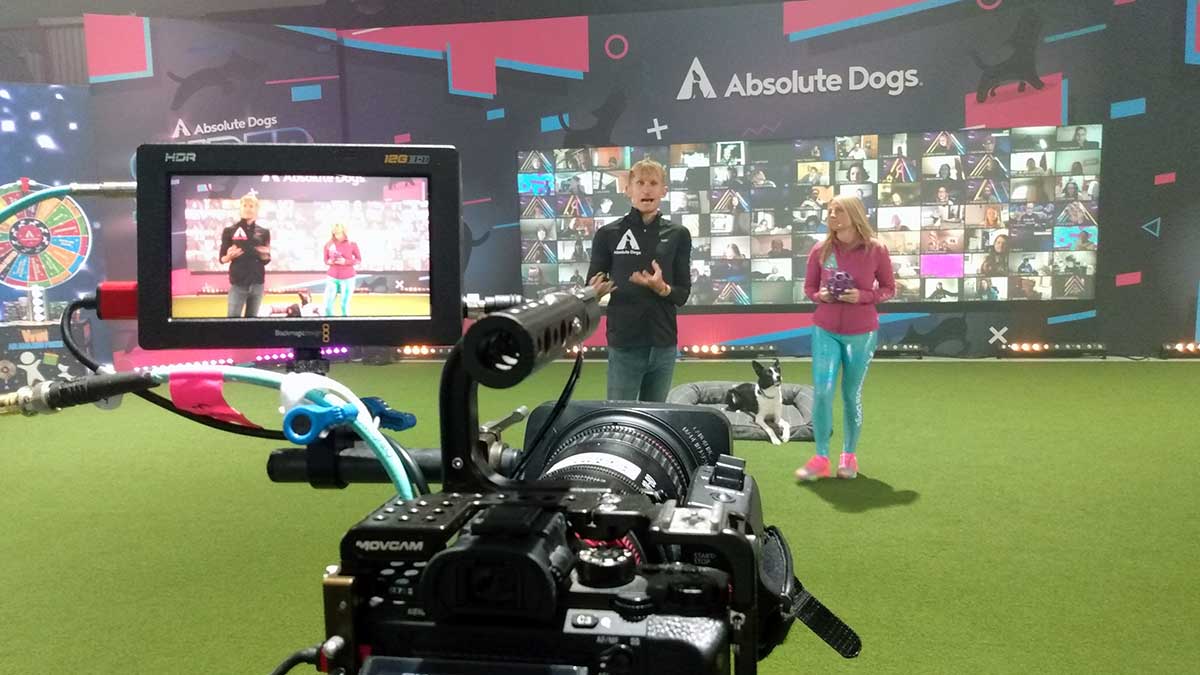 Stu has been in Okehampton filming from a 5 day event over the last weekend. He was filming and providing content for a Zoom-bases livestream conference for the annual Super Trainer Live event for Absolute Dogs.

Back in 2020, coronavirus restrictions forced the team at Absolute Dogs to cancel their plans to hold their (previously in-person) event in front of a 500 strong audience in Torquay.
Instead they went online using Zoom to make the event happen in peoples homes instead.

Now in it's 3rd year, the online format is working better than ever. So many people had signed up that they wee forced to run two zoom rooms at once over the weekend and at its peak we saw just over 1000 people viewing the live event on Zoom.

Stu was working with a local events company, who built a stage which complete with a large rear projected screen onto which they could project the live webcams of up to 98 participants at a time.
The event participants were sent physical goodie boxes prior to the event, which included banners & branded flags to hold up to their cam during the livestream and more. 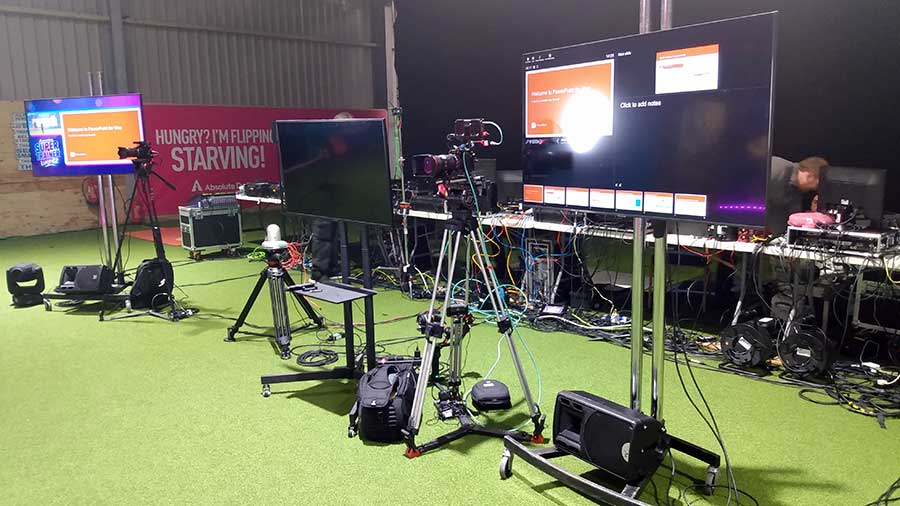 Maniac Films provided three cameras, one manned, a static wide camera and a wireless roaming gimbal camera for specific events during the weekend. The manned & gimbal camera feeds were provided by a Sony a7s II cameras, using a Blackmagic monitor to convert the HDMI signal into an SDI output that could be fed into the mixer. The static camera was a Blackmagic Pocket Cinema Camera 6K. The DJI Ronin RS2 was also fitted with a wireless transmitter to send the video signal to the desk.

The live video was backed up by graphics and mixed win with slides during presentations provided by the AV team behind the scenes. 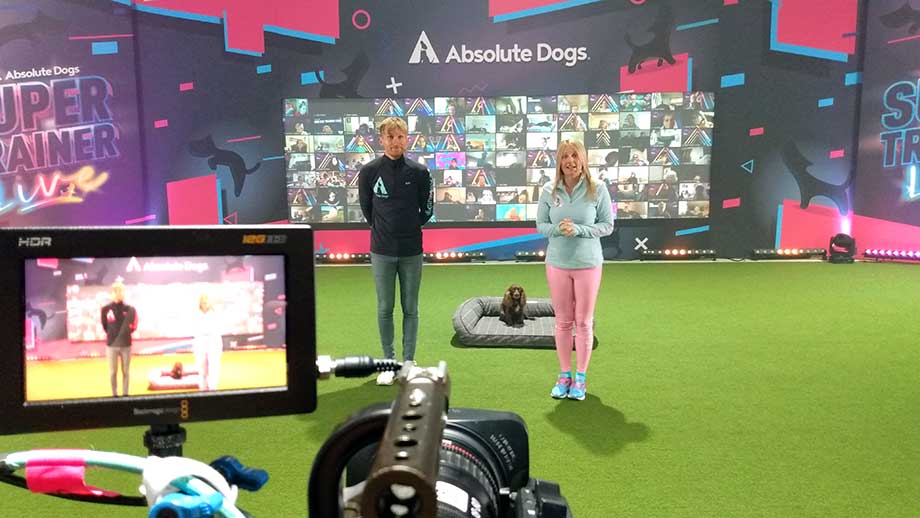