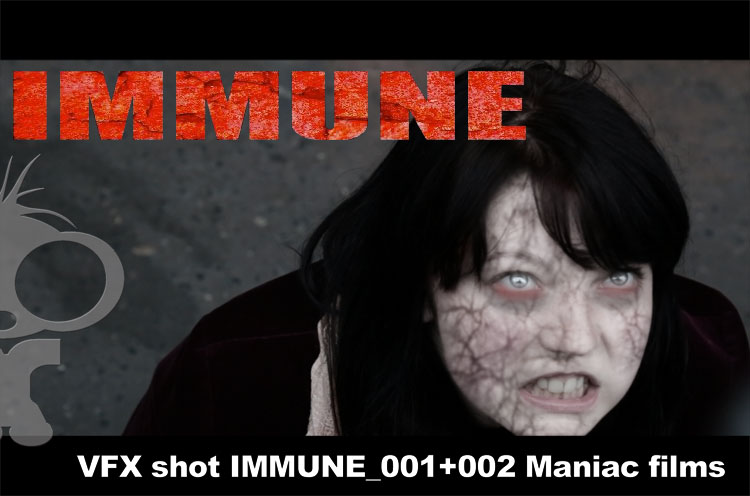 Mark has been working the the creators of Immune a new virus/zombie film set for release in 2016.

The film has been shot in and around Coventry on a fairly low budget. Mark has been helping with some of the special effects.

One shot called for a girl to visibly transform from normal, to infected, which the crew couldn't do on set. So Mark was given a picture of the finished make-up and had to track her facial features, and slowly blend in the effect as she moved within the frame
The clips have now been delivered back to the ediors for insertion into the final film