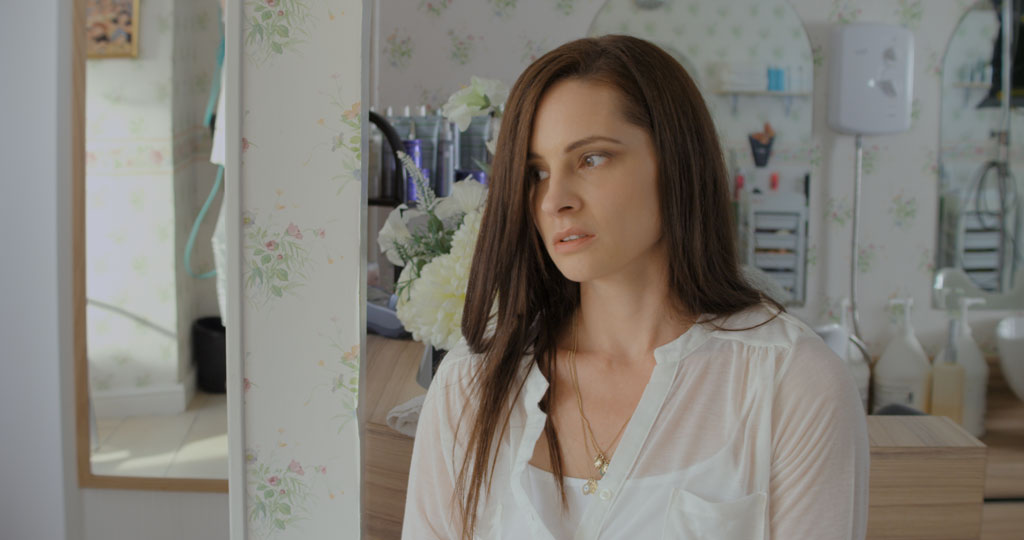 We have finished another three Visual effects shots for Devon Independant feature Scareycrows - these were all 'clean up' shots to remove unwanted reflections in mirrors in a scene inside a Hairdresser salon. One shot had what looked like an XLR audio cable in shot in the mirror plus a light stand in another mirror, the other two shots had unwanted people moving in very small mirrors behind the actors head reflected in a small mirror. We used Mocha Pro to track the small mirrors and used After Effects and Adobe photoshop to replace the reflection with another part of the image to make it less noticeable. All the shots were delivered in 2K TIFF images sequences back for final grading. The movie should be out later this year.

This is the 'After' shot - see the 'before' shot above. Spot the diferences in the left and right hand mirrors. 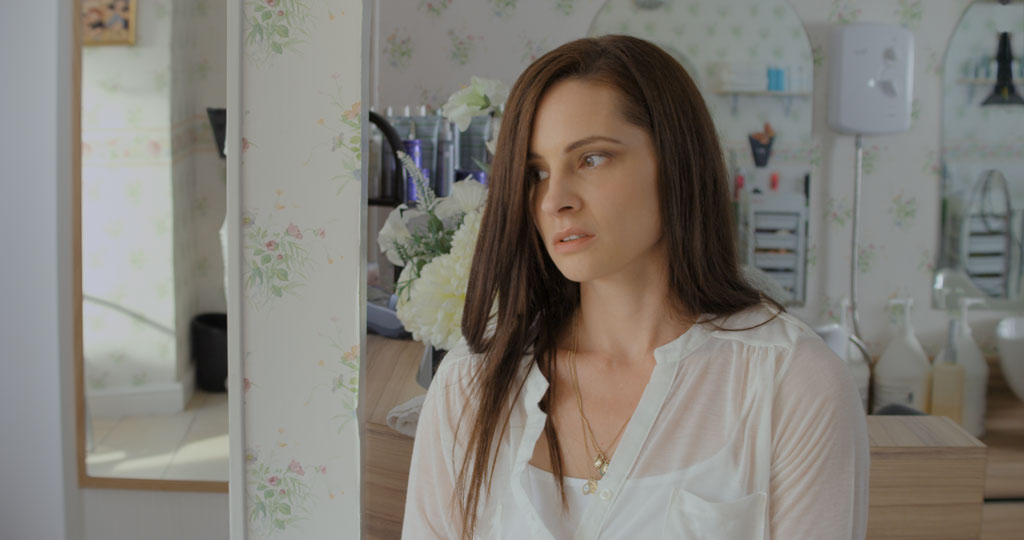