Following on from our recent shoot with Ross, a.k.a Professor Jack Darcy, Ross travelled down to Dulverton to check up on the edit of his short comedy piece, but to also squeeze in a bit of green screen filming in the local village hall.

We set-up a portable green screen in the village hall and lit accordingly. Because we planned to film in as high a quality as possible, we rotated the camera 90 degrees to create a portrait shot. This meant that in the edit we could easily create an 8K frame! 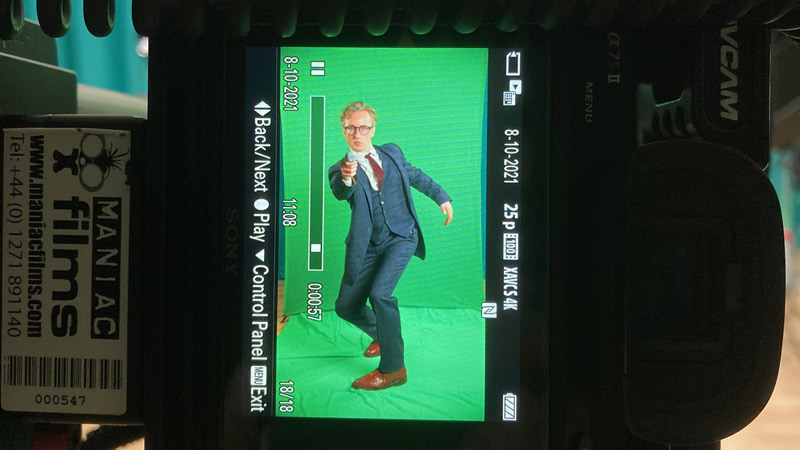 Mark edited the piece, which took a little rotoscoping to remove a couple of issues with the green background.

The final version was delivered in 8K 4444 version and also as an animated gif to be used on a website.

The edit above was just a bit of fun to add a James Bond-esque theme to the background.

For more information about our greenscreen, rotoscoping and post production services, take a look at our post-production pages 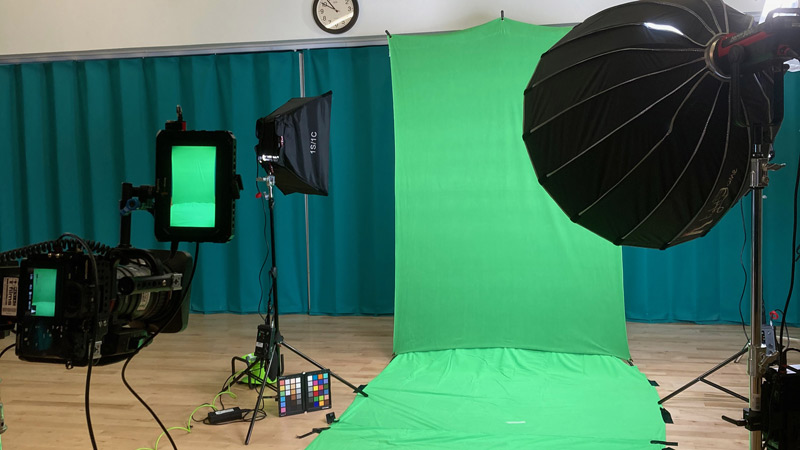