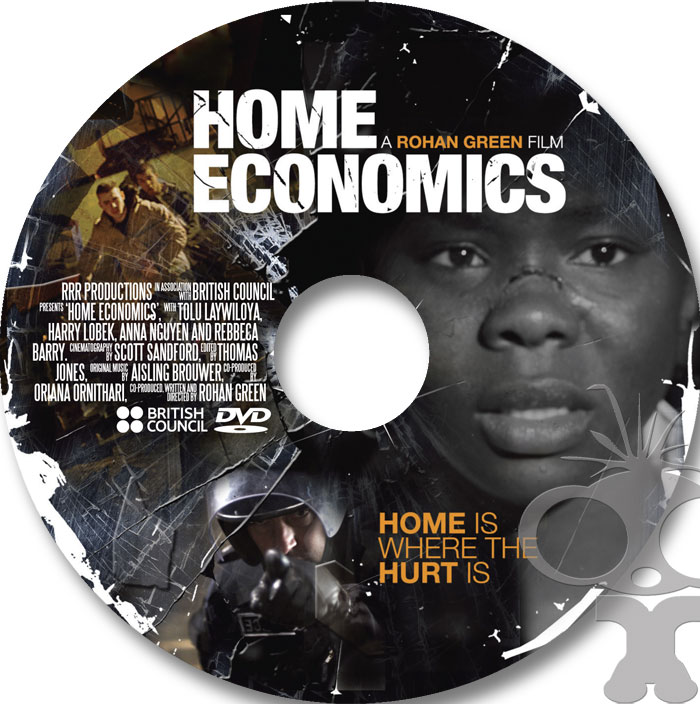 We have just completed a DVD print & duplication run for 'Home Economics', the new film by award winning director Rohan Green. Home Economics is a short film set in the aftermath of the London riots. It focuses primarily around the tale of Lola, an ex-convict who has just been released from prison, and her reunion with her friends and family set against the backdrop of the 2012 London Riots.

Rohan sent us the artwork for the disc print and a completed DVD master. We printed his artwork on to discs, duplicated the film and returned the completed discs to Rohan complete with clear plastic wallets.

Rohan secured funding from the British Council Youth in Action program to make the film - for more information visit the film website -www.homeeconomicsfilm.com