Mark has been working with the team from Final Replay to produce a Limited Edition DVD of the 1966 FIFA World Cup Final in Colour project in time for the 55th Anniversary of Englands historic win on July 30th 2021.

Full Colour ’66 is a project to restore and colourise the black and white footage of the 1966 World Cup Final.

"This special film restoration project will recapture the magic of England’s greatest sporting achievement so that fans can watch, for the first time ever in colour, the full-length match when England beat West Germany 4-2 and Sir Geoff Hurst scored his amazing hat-trick."

The black & white footage has been restored and colourised during the first half of 2021 by specialists in New Zealand, India, London and the USA.

The 1966 World Cup Final was broadcast on TV in black & white and the original 35mm colour film no longer exists. It was discarded on the cutting room floor in 1966 when the World Cup tournament film editing was completed. All that was left, until now, was the grainy black & white footage and a few precious colour highlights, which became a vital reference source for the restoration.

DVD Authoring
Mark was asked to help with the DVD authoring and he also created a short video which he converted for use as a motion menu for the DVD.
Once the authoring was complete, Mark exported the DVD-9 files for replication and delivered them to the replication house in time for production.

The DVD will be printed in a limited run, with just under 4000 copies being made of the limited edition 1st run.
Football legend Sir Geoff Hurst was so impressed by the work that he has agreed to autograph half of the copies.

If you have a project, film or documentary and you need help with DVD or Blu-ray authoring (or even online contect dellivery), please get in touch or check out our services for more information 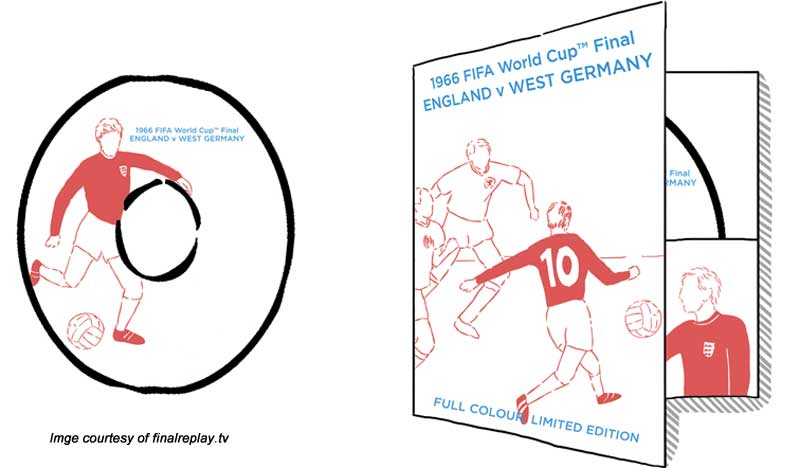