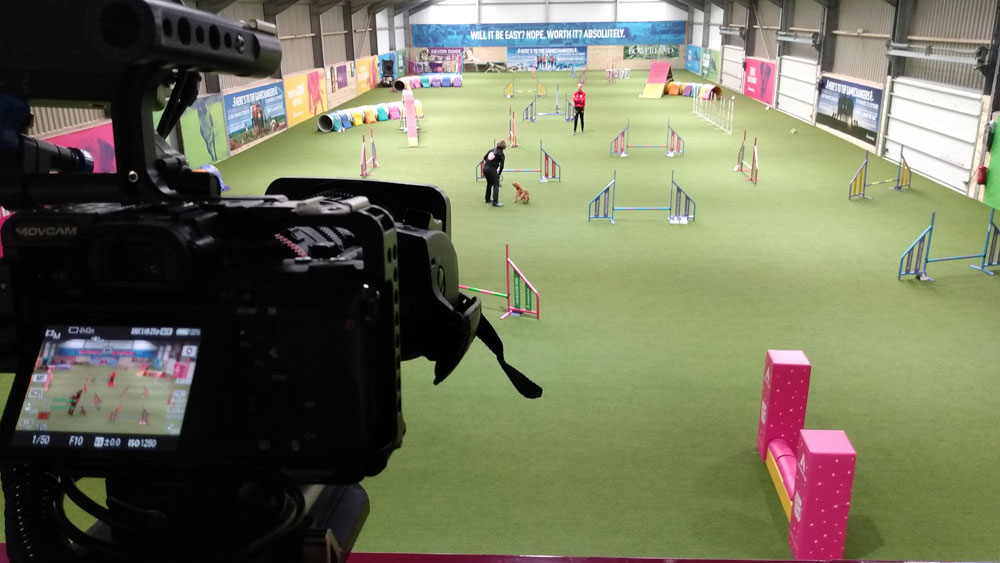 Stu have been filming near Okehampton with the team from. AbsoluteDogs.
He was filming a live event with a guest dog Agility trainer from Spain, Iban Cubedo. Joining in the class as well and filming the introductions for the day was our long time client Lauren Langman, fresh from her 1st place win at Crufts in the Agility Small event.

The event was filmed in their specially built indoor training arena and Stu captured the action up high on the balconu, giving him the best view of the course and the dogs.

Stu used a Sennheiser radio mic to capture clear audio from guest trainer Iban, and a wireless shotgun mic placed midway in the arena to capture any questions from the students. Video was captured using our Sony A7S II camera with the lovely Canon 18-80 Cine Zoom lens.

Stu will edit the footage from the day into 5 parts which will then be uploaded to the Absolute Dogs website for paying students to access.

Are hosting a live event or training event that needs to be captured on camera? Get in touch with Maniac Films and we can discuss your event and work out a package to suit you