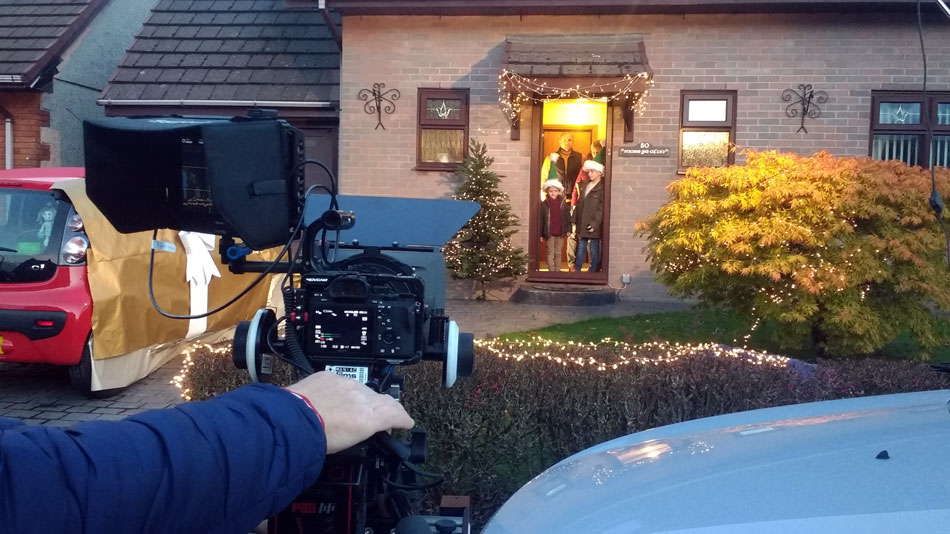 We have been filming near the Brecon Beacons with Colour 247 for a series of Christmas TV adverts for a shopping Centre in Cardiff.

We filmed the majority of the footage in the home of the family who will also star in the adverts and filmed one additional shot on the drive of another house a few miles away (which involved wrapping a car in Christmas paper!).

We were joined on set by Colin from Colour247 who directed the shoot. We used the Ronin-M Gimbal & Sony a7sII for the majority for the shots, with a 2nd Sony camera on a slider/tripod combo for the rest. Mark also recorded audio where needed on the gimbal shots.

The adverts will promote a new 'Elf Club' at the shopping centre, where kids can take part in workshops and graduate to become a certified 'Santa's little helper'.
The adverts saw the kids wearing elf hats and wrapping presents (and anything else they could find) in the blink of an eye.

The adverts, shot on the are set to air soon on local television. 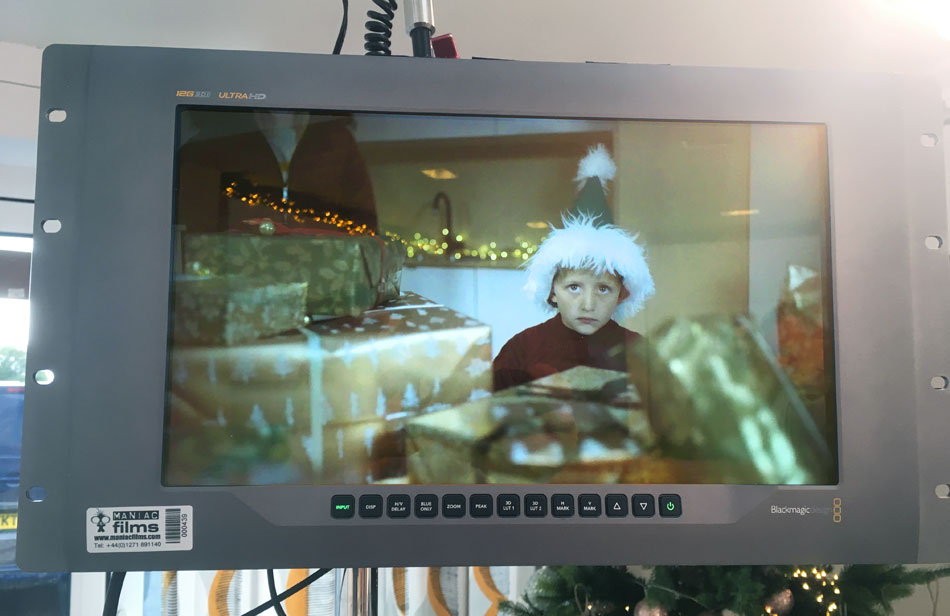