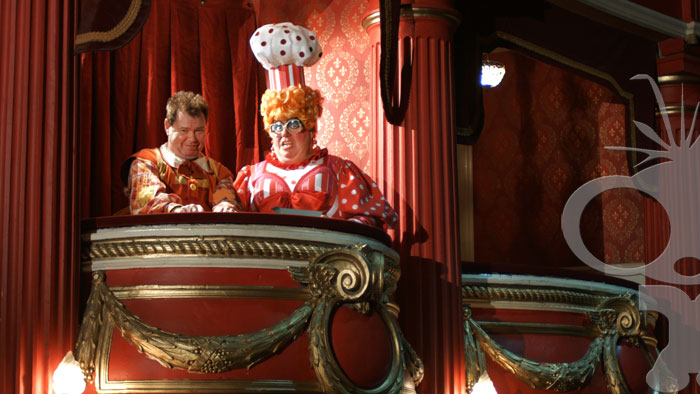 We have been back to the Bristol Hippodrome Theatre to film a new tv advert for the 2014 pantomime, Dick Whittington. The clips were filmed in 4K in the theatre auditorium.

The shoot saw stars Andy Ford and Eric Potts in full costume, watching the panto from one of the royal boxes, commenting on the action on-stage.

The advert requires a fast turnaround and we turned the footage over to Colin on location so that he can begin editing as soon as possible.