For a second year, we were called upon by production company Colour 247 to assist with the filming of a number of TV, cinema & web adverts for the 2015 pantomime at the Bristol Hippodrome Theatre, Snow White.

The clips were to be filmed in 4K using a greenscreen backdrop.

The stars of the panto came along including Star Wars & Harry Potter star Warwick Davis. The main part of the advert featured Warwick & comedian Andy Ford performing a comedy sketch.

The footage looks great and the cast & crew had a good laugh throughout the shoot. 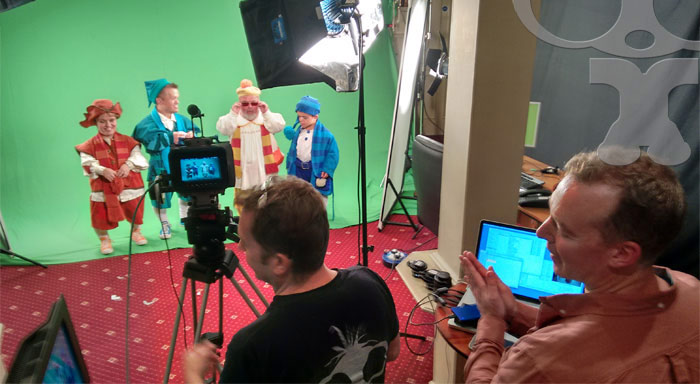