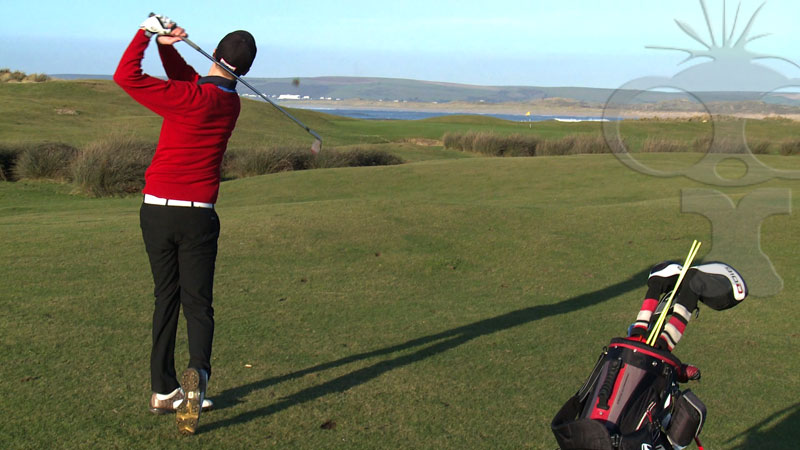 We have been braving the elements on the greens at the Royal North Devon Golf Club in Westward Ho!

We were there to film Anthony, a promising young golfing talent who has been offered a number of exciting scholarships at US Universities - the only problem is that they need to see footage of Anthony playing a few rounds.

We spent an afternoon out on the course where we filmed him playing 3 holes followed by recording a series of voiceovers and the introduction to the film. We returned a few days later to film Anthony on the driving range where he showed his prowess with a number of different clubs.

The final film was uploaded onto Youtube so that the link could be quickly e-mailed to the right people.

Good luck Anthony - we hope you get the scholarship you deserve!